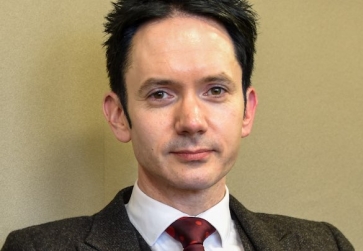 In its response to the pension scams consultation, the Association of Member-Directed Pension Schemes (AMPS) has rejected a call to outlaw SSAS schemes and says it is “stunned” the idea has been proposed.

The body representing SIPP operators and SSAS practitioners has published its response to the joint Department for Work and Pensions / HM Treasury consultation on pension scams announced in the Autumn Statement.

Zachary Gallagher, chairman of AMPS, said that while reform of SSAS trusteeship may be helpful, banning SSAS would make no sense.

He said: “This consultation was very important to AMPS in offering us opportunity to restate our commitment to the fight against pension scams and to emphasise the vital place that SSAS has held, over the last 40 years, in UK pension provision.

“Having worked hard on our consultation response right up to the closing date for submissions, we were stunned the next day to read comments attributed to Andrew Warwick-Thompson, executive director for Regulatory Policy at The Pensions Regulator, effectively suggesting that SSAS should be outlawed.

“Our consultation response was firm in advocating a united industry response to pension scams and, as there used to be, a requirement for professional trusteeship for SSAS. We would hope that The Pensions Regulator would support us in these aims.

“The responsibilities of The Pensions Regulator include ensuring that pension schemes operate in the best interests of retirement savers. For company directors wanting to run their own pension schemes and choose their own investments, SSAS has been highly successful in this. We cannot accept that an appropriate response to the pension scams threat is to close down parts of the industry, to the detriment of freedom and choice.

“SSAS means self-administered; the scheme trustees are in control. Would-be scammers looking at SSAS should expect to face a determined line of defence.

He added: “AMPS has been with The Pensions Regulator and others throughout the fight against pension scams, and we thought we were on the same side. We look forward to further engagement with them in pursuit of a strong and united pensions industry”.

More in this category: « SFO charges Harlequin chairman with 3 counts of fraud HL forecasts major shake up to workplace pensions »
back to top