Register for Financial Planning Today website to get our daily newsletters. Click on 2 stories to see the Registration pop up.
Tuesday, 02 April 2019 09:03 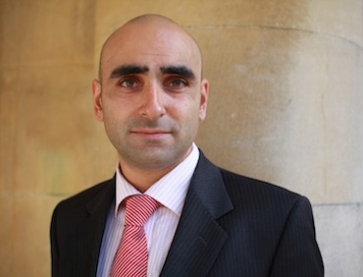 Figures from investment platform Hargreaves Lansdown have revealed that UK funds are becoming more popular with last minute ISA investors as the end of the tax year looms this week.

However, despite many investors backing UK funds many others also remain nervous about investing, preferring to hold their ISA money at least temporarily in cash before deciding where to invest.

HL says 3 of its 5 five most popular Investment Association sectors are UK focused or invest at least in part in UK investments. They include UK Equity Income, UK All Companies and GBP Strategic Bond sectors.

Top of the IA sectors for popularity was Global, with North America also featured.

Bristol-based Hargreaves, one of the UK’s leading investment providers with more than 1.1m investors and £85.9 billion invested, said investors overall remained cautious. It noted an increase in the proportion of stocks and shares ISA contributions which are being held for a week or more as cash, pending an investment decision.

It said the proportion of temporary cash holdings has almost doubled in the 2019 calendar year to date, compared to the same period in 2018.

It believes this is likely to be due to investors wanting to secure their stocks and shares ISA allowance before the end of the tax year. Some may be waiting for some direction on Brexit or simply looking to drip feed money into the market gradually, it speculated.

Laith Khalaf, senior analyst, Hargreaves Lansdown, said: ‘‘Many investors are dealing with the uncertainty emanating from Westminster by parking cash in their stocks and shares ISA, to be invested at a later date. These are stocks and shares ISAs, so this isn’t a long term decision to hold cash. Rather it’s using the flexible rules of an investment ISA to secure this year’s allowance, without committing to the market just yet.

“(It appears) some ISA investors are looking through the Brexit muddle at the long term and plumping for UK equity funds. This is particularly the case in the UK Equity Income sector, where yields look attractive for income seekers. Passive investors also look to be backing the UK, with two out of the top five most popular funds tracking UK indices. The UK stock market might be out of favour right now, but often that’s a sign that there’s good value on offer.”

Last minute ISA investors are putting money to work with some tried and tested names, running funds from across the globe. Artemis Income, Jupiter Asian Income, Newton Global Income and Royal London Sterling Extra Yield Bond are all funds which focus on producing an income for investors, albeit from different areas of the market.

Two of the most popular five passive funds with last minute ISA investors are invested in the UK. The Legal & General UK Index is often in the top five, as it’s a very easy way for UK investors to get plain vanilla exposure to their home market, but the inclusion of the HSBC FTSE 250 Index fund suggests passive investors are more widely backing the UK’s domestic stock market.

While Global equity funds remain the flavour of the day, two of the top five most popular fund sectors invest in UK equities. These are the most popular sectors with DIY investors over March, so not a lengthy time period, but this is nonetheless a sign of some increased appetite for UK equity funds, which industry figures show have been out of favour for a considerable time.

There are lots of tried and trusted names in the list of the most popular investment trusts too, and again a number of income-producing trusts such as City of London and Edinburgh investment trust finding favour with investors.