Register for Financial Planning Today website for FREE to view more stories and get our daily newsletters. Click on 2 stories to see Registration pop up.
Friday, 05 April 2019 07:45 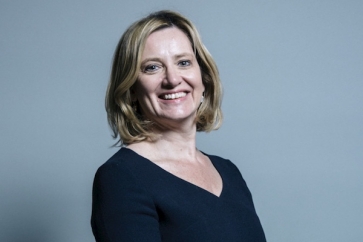 The Government’s consultation on the proposed Pensions Dashboard has concluded and the report, published yesterday, pledged primary legislation to make it a reality.

Experts from across the financial profession have reacted to the news with most cautiously welcoming it but expressing concerns at the same time.

The official report, presented to Parliament by Secretary of State for Work and Pensions, Amber Rudd, read: “Government will compel pension schemes to make consumers data available to them via a dashboard.

“We will continue to seek an appropriate legislative vehicle, subject to securing parliamentary time, to do this.

“Pensions dashboards will open up pensions to millions – providing an easy-to-access online view of a saver’s pensions. We are delighted that this long sought-after change can become a reality from this year.”

She added: “The government is clear that it wants to introduce dashboards as quickly as possible: putting the individual in control of their data.

“We will support the SFGB to establish the delivery group and drive this work forward.

“The recruitment of the principal and implementation director has already commenced.

“In the meantime, SFGB will start putting the appropriate governance structures in place and work on plans and options so that the principal and implementation director can hit the ground running.”

Ms Rudd later said: “We’re also clear the State Pension should be part of dashboard services and we will work to make this happen as soon as possible.”

Bu the current Parliamentary wrangle over Brexit could hit the implementation of the Pensions Dashboard, according to some.

Jon Greer, head of retirement policy at Financial Planning firm Quilter, said: “It seems every day we hear of another policy that has fallen to the wayside because of Brexit.

“In what may be a desperate attempt to placate the public, the Government have provided an update on the Pension Dashboard.

“However, while the update is welcome, all they have committed to is the beginning of the process.

“However, the prospect of a dashboard magically appearing the coming weeks or months is a fairy tale.

“In fact the consultation response details that there needs to be a credible, realistic and costed plan for delivery and that’s before the testing begins.”

Tom Selby, senior analyst at AJ Bell, said: “Introducing Pensions Dashboards has clearly been shunted down the priority list as the vice-like grip of Brexit on Parliament grows ever tighter.

“In the current political climate there is no guarantee the Pensions Bill needed to compel schemes to provide data to Pensions Dashboards will see the light of day in 2019.

“However, the fact the policy has attracted cross-party support suggests it is likely to become reality eventually – we just don’t know who will introduce it or when.

“Nonetheless, dashboards represent a potentially significant positive step forward, both in terms of uniting people with lost pensions and boosting engagement over the longer-term.”

Yvonne Braun, the ABI’s Director of Long-term Savings and Protection Policy, said: “The digital retirement revolution is here at last.

“All the pieces are being put in place to deliver the easy access to retirement information everybody needs and that the pensions industry is so keen to deliver.

“The ABI, leading a cross-industry group of pension providers and schemes, has already put years of work into making dashboards happen and we can’t wait to see these vital services in action.

“We’re delighted to see the Government committing to the necessary legislation and will continue to play our part in making dashboards a reality.”

Helen Morrissey, pension specialist at Royal London, said: “After years of talk about the Pension Dashboard we need to ensure that what is delivered meets people’s expectations from the start.

“If done properly the dashboard will give people a full understanding of what they have saved. If it is rushed, or we don’t have all interested parties on board from the beginning, there is a risk that we will not be able to deliver something meaningful or credible and the opportunity to engage people will be lost.”

Adrian Boulding, director of Policy at Now Pensions, said: “The Pensions Dashboard has the potential to fundamentally change the way people think, feel and interact with their pension savings.”

More in this category: « 6 of 10 biggest stakeholder pension funds underperformed Sanlam signs deal with BNY Mellon’s Pershing »
back to top