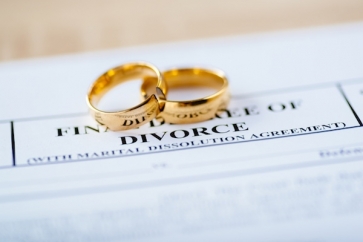 While welcoming ‘reform’ of the ‘archaic’ system whereby blame has to be apportioned, both Quilter and LEBC have raised issues for Financial Planners as a result of the overhaul.

Heather Owen, Financial Planner at Quilter Private Client Advisers, said: “The government is taking steps to bring archaic divorce legislation up to speed with modern life, with a new ‘no fault divorce’.

“Divorce law hasn’t changed since 1973 and it’s outdated nature is hard to miss.

“Currently divorces are only granted after it can be proved that the marriage has broken down because of adultery, desertion or “unreasonable behaviour”, or because both spouses agree to the divorce and have lived separately for more than two years.”

But, she added: “The new legislation aims to overhaul divorce law and reduce family conflict.

“But no matter how good natured your divorce is or how simple it seems, the separation of jointly owned assets can be costly and complex and requires a rethink on estate planning, inheritance and tax planning.

And Kay Ingram, director of public policy at LEBC, said: “It is essential that couples agree upon the splitting of pensions with the court, known as a consent order, and that the pension sharing order is implemented before applying for the decree nisi.

“If the pension scheme member dies after the decree absolute, some pension schemes will pay out nothing, as their rules only require a lifetime pension to be paid to the widow/er or civil partner of the deceased member.

“Failing to implement a pension share before the decree absolute, which follows automatically six weeks after the decree nisi, could result in huge financial loss.”

Overall, however, LEBC also “welcomed” the change despite issuing the warning.

More in this category: « Chartered Status For Sheffield Financial Planner New DB transfer ‘Gold Standard’ on the way »
back to top