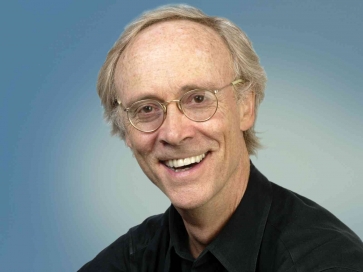 Life planning guru George Kinder will be hosting the first UK event in his ‘Golden Civilization’ movement in London tomorrow.

Mr Kinder will speak about his new book and hold conversations at London’s Rawthmells Coffeehouse at the RSA.

The “grassroots conversation movement” will see groups “vision the future they want to see and seek to deliver it in short order”.

Mr Kinder, who is a Financial Planning Today columnist, said: “Anyone can do this.

“Everyone should do this.”

“This is how we bring democracy back to the people.

“It’s through conversations over the kitchen table, in the living room, in the workplace, and in the classroom, and through the actions that follow.”

He says that thousands of community conversations are planned worldwide throughout 2019 with hosts from a wide variety of disciplines including professional facilitators, university professors, Financial Planners and student leaders.

In the series of facilitated conversations, groups are challenged to imagine 1,000 generations in the future where there is a ‘Golden Civilization’.

Through discussion, listening and collaboration, a cumulative vision for the future begins to form among conversation attendees.

Groups discuss action steps and make commitments to live into the vision as they leave the meeting.

More in this category: « CISI 2019 Awards: winners revealed Hargreaves Lansdown to receive transfer from JP Morgan »
back to top