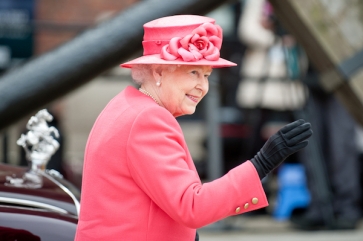 Will more people follow the example of the Queen? - still working at 93

The number of people expecting to work past normal retirement age is continuing to rise with 12% expecting to retire after the age of 70.

New research commissioned by Hargreaves Lansdown to mark the Queen’s birthday on Sunday suggests more people are also taking a ‘phased’ approach to retirement but some are working later than they had planned due to income shortfalls.

The Bristol-based investment provider and wealth manager cites the Queen as an example of someone who is still working at age 93.

According to the survey of 2,000 people:

Sarah Coles, personal finance analyst at HL, says the survey points to people delaying retirement for a number of reasons, including potentially covering for income shortfalls.

She said: “Ask someone whether they’d like to feel a sharp pinch now or put it off until later, it’s a rare individual who’d opt for the pain immediately. The same goes for pensions: if you’re heading for a shortfall, your options are to save more, make your money work harder now, or work for longer.

She believes that some people may be forced to work for longer than they had planned.

She added: “You might want to work in your 60 and 70s, but you might not have the choice. Between the age of 60 and 64, there are 866,000 people who want to work but have been forced to stop. A third aren’t well enough to work, two fifths of men in this position can’t find anyone who wants to employ them and one in five women have caring responsibilities that get in the way.”

“One in ten people plan to pay their mortgage off over the age of 65, which could cause serious issues if they’re unable to work. “

HL says the ageing population and growing longevity will also cause people to re-evaluate their planned retirement age.

It points to ONS stats which reveal:

·       One in five newborn boys and one in three newborn girls are likely to live to at least age 90.

·       866,000 people aged 60-64 would like to work but can’t. A third of them are in ill health, two fifths of men are unemployed and one in five women in this group have caring responsibilities.

The survey was conducted by Opinium for HL this month (April 2019). Opinium surveyed 2,000 people.

More in this category: « 32% have mental health issues from money worries Wealth manager makes new senior hire »
back to top