McEwan to stand down as RBS chief executive 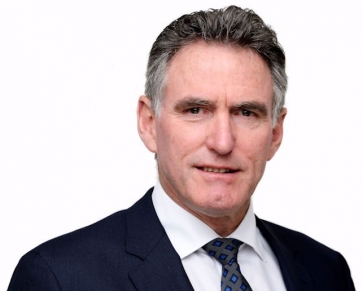 Ross McEwan, 61, is to stand down as chief executive and executive director of Royal Bank of Scotland group after more than five years in the role.

He has a 12 month notice period and will remain in position until a successor has been appointed, says the bank which was taken into public ownership after suffering financial difficulties following the financial crash of 2008. It has since staged a recovery and return to profit under Mr McEwan.

The Royal Bank of Scotland Group includes RBS bank, NatWest, Coutts and Ulster Bank. The group employs more than 70,000 staff and is one of the biggest financial providers in the UK.

RBS says Mr McEwan’s date of his departure will be confirmed in due course.

Mr McEwan said: “After over five and a half very rewarding years, and with the bank in a much stronger financial position, it is time for me to step down as CEO.

“With much of the restructuring done and the bank on a strong and profitable footing, I have delivered the strategy that I set out in 2013 and now feels like the right time for me to step aside and for a new CEO to lead the bank.”

RBS chairman Howard Davies, a former chairman of the FCA’s predecessor the FSA, said: “For the past five and a half years Ross has worked tirelessly to make the bank stronger and safer and played the central role in delivering a return to profitability and dividend payments to shareholders.

“The board and I are grateful for the huge contribution Ross has made in one of the toughest jobs in banking. His successful execution of the strategy to refocus the bank back on its core markets here in the UK and Ireland has helped to deliver one of the biggest UK corporate turnarounds in history.”

The bank is now searching for Mr McEwan’s successor.