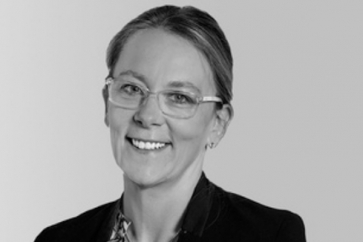 Chartered and Certified Financial Planner Sarah Lord, of Mazars LLP, was faced with a challenging case involving a British expat living in the US and explains how she solved it.

This is an edited version of the Planner Casebook feature in the latest Financial Planning Today magazine, which can be read online now.

Here Ms Lord takes up the real-life story in which some details have been changed to protect confidentiality.

My client was a British National living in Chicago. He had lived there for the last 15 years and had no intention of returning to the UK but was planning to retire in the next five years so mid last year was considering what he should do
with his existing UK pension arrangements to make sure he was in the best position ahead of his retirement.
He had engaged an offshore advisory business to provide him with advice as to what his options were and what he should do with his deferred final salary pension and some other defined contribution arrangements into one plan but had started to get nervous as to what he should be doing once he received their report.

The offshore advisory company had provided him with a report recommending a transfer of the final salary scheme without a transfer value analysis being undertaken. On further investigation it transpired that the company did not even have direct UK FCA authorisation, instead it was trading on a tenuous passport and therefore was not authorised to provide the
final salary pension advice anyway. The report was clearly “boiler plate” as there was minimal reference to his personal circumstances and was recommending an “International” SIPP with an unnecessary and expensive offshore bond within the SIPP. Furthermore, the report had not provided any detail on the complexity of the rules surrounding UK pensions for US residents nor the key considerations for the underlying investment strategy.

Having spent the last decade working with clients who have, in my personal opinion, been mis-advised by one unregulated offshore adviser or another, I have come to learn that there is an art to building trust and rapport with these clients, because many often feel let down by the previous adviser or embarrassed by the decisions they’ve made based on previous advice. However, often the bigger challenge is getting clients to understand and recognise that true Financial Planning advice is not free, there is a price to pay which is clear and transparent rather than hidden and opaque which is typical in the offshore advisory space.

In this particular instance, due to geography, all advice and guidance was provided over the phone, which arguably meant initially it was harder to build the trust and the rapport with the client. Therefore, the first stage was to demonstrate my knowledge of the offshore market and explain why the report he had received did not meet the UK regulatory requirements for advice. It was agreed that the first stage was to charge a nominal fee to send off letters of authority to obtain information on his existing pension arrangements to determine whether it was even feasible to consider a transfer exercise.

More in this category: « AJ Bell assets up 8% in Q2 to £47.7bn Bankhall launches new business workshops for advisers »
back to top