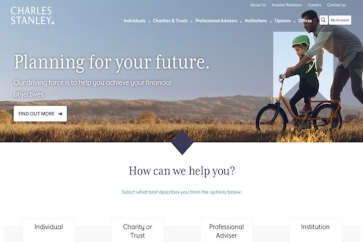 Families could be paying an avoidable tax bill of more than £80,000 because parents are too embarrassed to talk to their children about their financial future, according to new research.

Proper advance planning could save up to 40% on death duties according to new research by wealth management firm Charles Stanley.

Instead, parents leave their children unprepared and potentially storing up future problems, the firm claimed.

Not only could families be paying too much Inheritance Tax, they are also at risk of family disputes over inheritances.

John Porteous, group head of Distribution at Charles Stanley and a Chartered Financial Planner, said:  “It’s important that families talk about inheritance so they can plan ahead.

“Not only will everyone be clear on what to expect, which can prevent family conflict further down the line, but it means as much of your hard-earned money as possible is passed on to loved ones.

“With the proper planning the impact of inheritance tax can be minimised by taking advantage of legitimate exemptions, although many of these can be complex which is why they are often missed.  Importantly, the longer you leave it, the fewer options you have.”

Charles Stanley’s research undertaken by Censuswide, conducted among more than 2,000 parents of children aged 18 or older, as well as Millennial-aged adults aged 18-30, also found that:

·         24% of parents with adult children have talked openly to them about the issue of inheritance.

·         30% parents have talked to their family about their will; only 36% have made their children executors of their estate.

·         Although 36% of parents have made their children executors of their estate, only 11% of young people are aware that they are an executor.

The most common reason for not discussing inheritance is because the subject is awkward (14% cite this excuse).

This in turn can lead to family friction and cause resentment.

62% of millennials would be unhappy if their parents favoured their siblings by leaving them more in their wills or left them out altogether and would feel betrayed, jealous or financially insecure; despite this 19% of parents may not divide their estate equally amongst their children.

Parents may also be creating further family tensions by unequally passing on gifts throughout their lifetime, which are not being offset against future inheritances.

The study found that 59% of youngsters had received a financial gift from their parents such as money to travel, to buy a property or to pay for a wedding or education.

It also revealed that 82% had never been told these will be offset against their inheritance, and only 5% of parents have offset these gifts against any inheritance.

Dr Greg Davies, head of behavioural finance at Oxford Risk, said: “In every financial decision there is a tension between a good decision and a comfortable decision, and this couldn’t be truer than where a good decision requires uncomfortable conversations and emotions.

“Unfortunately, the natural human inclination is to reach for comfort even if this is costly – this is not irrational, but can be extremely expensive.”

Not talking about finances and inheritance could also result in families losing out financially.

Two third of millennials (65%) haven’t thought about planning for the future when it comes to inheritance.

Mr Porteous added: “British families have to realise that being uptight about discussing finances in the family comes at a price.

“Inheritance Tax discussions with children are the ‘grown-up’ version of the birds and the bees talk.

“You might not want to have ‘the talk’, but not having it is a lot worse, and there’s no point in putting it off.”