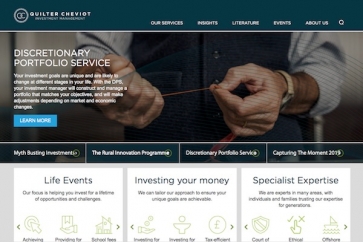 Wealth manager and Financial Planner Quilter Cheviot has boosted its investment management team with a series of new hires.

The firm has appointed four new investment managers over the past month, with 10 new hires since the beginning of the year.

In London, Richard Wayne-Wynne joined from Brooks Macdonald where he was an Investment director; Nick Lamb, who was previously head of office for WH Ireland in Bristol, has joined Quilter Cheviot’s Bristol office.

Andrew McGlone, chief executive of Quilter Cheviot, said: “I am delighted to welcome Richard, Nick, Martin and Daniel to our business.

“It is a great sign of confidence in Quilter Cheviot and the team we already have in place that such experienced and talented individuals want to further their careers with us and it’s important that we are adding to our teams across the country.”

Both Mr Cotton and Mr Hughes joined from WH Ireland; while Mr Jones was previously at Royal Bank of Canada.