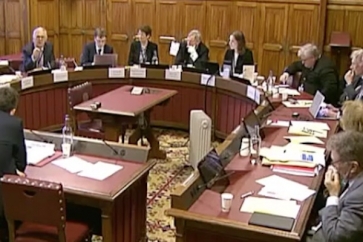 A House of Lords committee has backed proposals for Intergenerational Impact Assessments (IIAs).

Peers sitting on the Lords Select Committee charged with looking at Intergenerational Fairness and Provision agreed with a course of action aiming to quantify the extent to which costs associated with prospective legislation are being deferred.

IIAs would also seek top determine the extent to which this deferment would impact future generations of taxpayers.

In February Michael Johnson, research fellow at the Centre for Policy Studies wrote to the committee with a number of recommendations, which Mr Johnson says has won the support of members.

Explaining the proposal he said: “The Government should create Intergenerational Impact Assessments for all draft legislation indicating how it will affect different generations.

“Details are, however, lacking.

“There is a world of difference between, for example, between an IIA that merely provides information, the risk being that it could be brushed aside by (short-term) political considerations and an IIA that establishes fiscal boundary conditions to which ministers are bound.

“A forthcoming paper will propose a Sustainability Test that the annual Budget would be required to pass.”

Mr Johnson says his mechanism will:

• incorporate Government expenditure, tax revenue and economic growth, serving as proxy financial metrics for some of the main components of “sustainability”;

• be one of quantification, operating in a de-personalised and de-politicised manner, with minimal scope for discretion. This suggests that it should function at a “macro” level not, for example, in respect of any individual policy initiative or piece of draft legislation;

• be enshrined in law, with cross-party political support, and serve the needs of a bicameral parliament without duplication or rival frameworks;

• have guiding principles that include operational simplicity and transparency. To be credible, the mechanism should primarily rely on assumptions, data and economic forecasts from official sources;

• emphasise the long-term future, which would help divorce its operation from both the economic and electoral cycle. There is, however, a drawback to long-termism: near-term political capital is scarce;

• be overseen by a well-resourced body independent of government and parliament, accountable to a board of trustees. The trustees’ role should include agenda setting, not least to ensure ongoing public (and parliamentary) support for it, essential for legitimacy; and

• the operation and rationale behind the mechanism should be regularly communicated to the public at large. Inevitably, the mechanism will be imperfect, but it should significantly help to improve transparency, a pre-requisite for any meaningful debate about how, for example, longer-term unfunded commitments are to be met…and by whom. Future generations, and democracy, should benefit.