Register for Financial Planning Today website for FREE to view more stories and get our daily newsletters. Click on 2 stories to see Registration pop up.
Friday, 10 May 2019 10:57 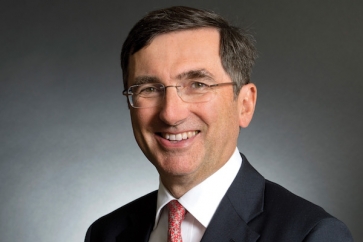 Brewin Dolphin’s profits have dipped according to the firm’s latest half year figures.

Meanwhile, the report also revealed the firm will pay up to £19m in its acquisition of Financial Planning firm Epoch Wealth Management.

It showed the company will pay an initial £10m followed by a potential further £9m based on performance.

At the conclusion of the deal Barry Newbury will become head of its new Bath office.

As well as the Epoch deal, Brewin also bought Basingstoke Financial Planning firm Aylwin, in December with the deal completed in March, for which, the figures revealed, it paid £4.3m.

David Nicol, chief executive, said: “In the first half of 2019, the group has continued to deliver strong and resilient organic growth, even with the backdrop of volatile market conditions.

“This is demonstrated by the strength of our discretionary funds flows.

“Our strategy of focusing on our advice-led wealth management service in the direct market continues to deliver results.

“We are investing in our business to support future long-term growth.

“Over the past few months we have announced the replacement of our core custody and settlement system and a number of acquisitions.

“These initiatives are laying the foundations for long-term growth and will ensure that we are well placed to capture market opportunities.”

More in this category: « FSCS ‘explores’ compensation for LC&F mini-bond victims Money troubles and mental health ’share a close link’ »
back to top