Register for Financial Planning Today website for FREE to view more stories and get our daily newsletters. Click on 2 stories to see Registration pop up.
Thursday, 23 May 2019 13:29 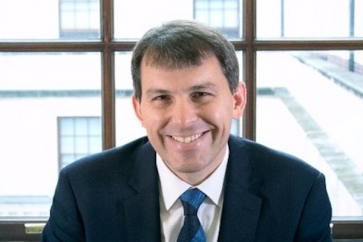 The government has today officially launched a probe into the circumstances surrounding the collapse of £236m mini-bond firm London Capital & Finance.

The Treasury will also review the regulation and marketing of the type of retail investments offered by LCF and - together with HMRC - will look into the regulation of Innovative Finance Individual Savings Accounts (IFISAs).

LCF went into administration in January with 14,000 bondholders owed a total of £236m. The Serious Fraud Office has made four arrests in connection with the collapse.

The independent investigation will be led by barrister and former High Court Judge Dame Elizabeth Gloster. She will look into the circumstances surrounding the collapse and the FCA’s supervision of the firm.

Economic secretary to the Treasury John Glen today approved the appointment of Dame Elizabeth, adding that she will “lead the investigation into LCF and how the FCA exercised its powers in relation to it.”

The findings of the probe will be reported to the Treasury.

Mr Glen said that the Treasury will also launch a review of the regulatory regime for ‘mini-bonds’ and other non-transferrable securities.

He said: “We urgently need to get to the bottom of the circumstances around the collapse of LCF.

“Dame Elizabeth will bring her vast experience and rigour to this important investigation, which will help ensure this type of thing doesn’t happen again.”

Dame Elizabeth has had a career as a barrister and judge on the High Court and the Court of Appeal. She currently works as an international arbitrator and has lengthy experience in commercial law, financial services, insolvencies and regulation issues, says the Treasury.

She will look at, “how the FCA exercised its powers and whether it fulfilled its statutory objectives with respect to LCF.”

In April Mr Glen wrote to the FCA to confirm he would order an investigation into the failure using Treasury powers under section 77 of the Financial Services Act 2012.

The FCA board earlier this year agreed that a statutory investigation was in the public interest and requested the Treasury direct the FCA to carry out an investigation.

The Treasury will also review regulation currently in place for these investments, including the Financial Promotions regime which governs their marketing. The FCA regulated the marketing of the LCF products but not the products themselves.

The Treasury will work with HMRC to review the tax rules for the Innovative Finance Individual Savings Accounts (IFISAs) and the “relationship of these rules to the financial services regulators.”

Charles Randell, FCA chairman, said: “This investigation will establish what happened with LC&F and whether further changes are required. It will support the broader review of minibond regulation.  Dame Elizabeth Gloster brings independence and extensive experience to the task, and the FCA will ensure that she has all the access and support she needs to conclude her work as quickly as possible.”

More in this category: « 600 firms back Gold Standard for DB transfers Women expect £100k smaller pension fund than men »
back to top