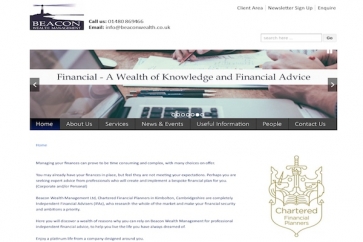 A Cambridgeshire Chartered Financial Planning firm is to sponsor an event celebrating the UK’s Armed Forces.

The firm, which includes Beacon Wealth Management and Beacon Wealth Legal, says it is “proudly supporting the troops, families and veterans” by sponsoring the two-day event.

For the first time the event will be run over two days and will feature military displays, food and drink stalls and live music.

“The objective of St Neots Armed Forces Day Gala Weekend is to provide an opportunity for the nation to show its support for those who serve, or have served in our Armed Forces.”

Beacon Wealth Group revealed that, in connection with the event, it is offering a 10% discount for current and former military, across both legal and financial services.