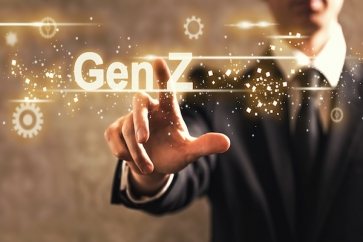 Generation Z has been shown to be the financially savvy generation, over a third have more than £1,000 squirrelled away, a new study has revealed.

The research by financial services firm Zopa has revealed that the next generation, Generation Z, has its finger on the financial pulse with over a third (35%) having more than £1,000 in savings already.

With the FCA reporting that one in 10 UK adults had no savings at all, the new findings contradicted the common misconception that ‘Gen Z’ and younger generations in general were not prioritising saving for the future.

Another recent FCA report found that compared to baby boomers, mortgage, student debt and family spending will limit the ability to save throughout working life for the next generations.

However, 40% of Gen Z respondents to the survey said they believed saving was “fundamental” for the future.

The new research also revealed that over half of Millennials (52%) were making saving a top priority with over £1,000 already accumulated.

Andrew Lawson, chief product officer at Zopa, said: “Our latest research shows that the younger working generations are setting a new agenda for their financial futures.

“With Gen Z showing they are the savviest when it comes to financial control, it may be time to wave farewell to the idea of the Bank of Mum & Dad.”