Register for Financial Planning Today website for FREE to view more stories and get our daily newsletters. Click on 2 stories to see Registration pop up.
Wednesday, 05 June 2019 08:56

Aviva chief financial officer to stand down this month 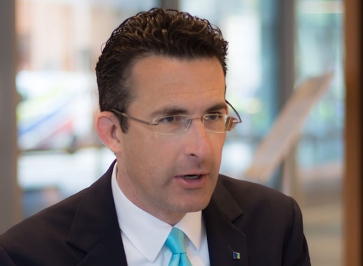 Aviva has revealed that its chief financial officer Tom Stoddard is to stand down this month.

Mr Stoddard will also relinquish his role as a director on the firm’s board from 30 June.

Aviva says Mr Stoddard will remain with the group until 31 December “to support an orderly transition”.

He joined Aviva in 2010 and was said to have “extensive experience of the group, including as chief capital and investments officer, and as a member of the group executive”.

“After five successful years at Aviva, he leaves with my best wishes and those of Aviva's Board.”

Mr Stoddard said: “Whilst I will miss all the friends I have made here, Aviva has a strong finance team, and it is now time for me to clear the way for others to step up, as I consider new opportunities.

“Aviva is in a strong financial position with a bright future ahead of it.

“I have thoroughly enjoyed working with Maurice and I wish him, Jason, and everyone who works for Aviva all the best for the future.”