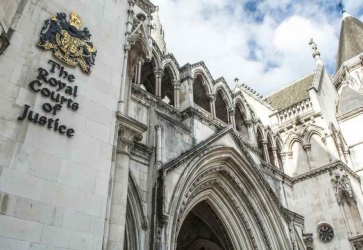 The cost of reversing the increase in state pension ages could top £200bn, SIPP and platform provider AJ Bell has warned as the result of a High Court case is awaited.

A judicial review of the government’s changes, which started last week, could mean an “eye-watering” bill for the government if it loses, AJ Bell has said.

The High Court Judicial Review is considering whether women born in the 1950s were unfairly discriminated against.The application for a review was campaigned for by the Backto60 campaign which wants the state pension age for women returned to 60.

Nexus, the chambers of veteran civil liberties lawyer Michael Mansfield QC, is leading the case which has been crowd-funded.

The WASPI campaign group has been fighting for a review of the changes for a number of years. It says many women have been left impoverished after expected state pensions failed to materialise.

Until 2010, women were entitled to their state pensions at 60 but to reduce the rising cost of state pensions, and equalise ages between men and women, the pension age has been pushed back since then.

Tom Selby, senior analyst at AJ Bell, said: “These eye-watering costs explain why the Government has been so steadfast in refusing to rethink controversial increases to the state pension age for women.

“While those affected are understandably aggrieved at the impact the hike has had on their retirement plans and the lack of notice given, paying out £181billion to those affected would leave a gaping black hole in the nation’s finances.

“That black hole would need to be filled one way or another. In all likelihood it would precipitate a stiff increase in taxes and therefore an immediate transfer of wealth from Millennials to Baby Boomers.

“There is no doubt that the way the state pension age changes were introduced – and particularly the failure to adequately communicate with those affected – left a lot to be desired. However, if the Government was forced into a £181billion retreat the implications for tax and spending policy would be colossal.”