Register for Financial Planning Today website to get our daily newsletters. Click on 2 stories to see the Registration pop up.
Friday, 28 June 2019 09:03 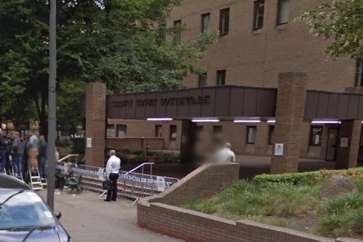 Two people have been jailed for a combined six years after being found guilty of five counts on insider dealing.

Fabiana Abdel-Malek and Walid Choucair were both sentenced to three years’ imprisonment after being convicted over the course of the past three days of insider dealing following an 11 week trial brought by the FCA at Southwark Crown Court.

Fabiana Abdel-Malek, 36, was employed as a senior compliance officer by the investment bank UBS AG in their London office and used her position to identify inside information which she passed to her family friend Walid Choucair, 40, an experienced day trader of financial securities, using pay-as-you-go mobile phones.

Mr Choucair made a profit of approximately £1.4m from the trading that was the subject of the five charges.

In sentencing Ms Abdel-Malek Judge Korner CMG QC said: “You were a gamekeeper, using the knowledge you had gained from your employment to become an efficient and accomplished poacher…”

In relation to Mr Choucair he said: “Your motive was greed.”

Referring to both the judge said: “There is no question that both of your actions were deliberate, dishonest and committed over a period of a year.

“In these cases there has to be an element of deterrence, it is vital that these kind of offences are deterred by the knowledge that if they are committed and you are convicted, there is an inevitable sentence of imprisonment.

“On the one hand I find you (Mr Chocuair) did corrupt Ms Abdel-Malek into committing these offences and you are the one who received the monies, on the other hand, you, Ms Abdel-Malek committed a gross breach of trust which will affect the reputation of UBS and without that breach taking place these offences would not have happened.

“The fact that your benefit does not approach your co-defendant’s does not in my judgement mean that you (Ms Abdel-Malek) should receive a lesser sentence and there is no reason to make a distinction between the two of you.”

Confiscation proceedings will also be pursued against both defendants.

Mark Steward, executive director of enforcement and market oversight at the FCA, said: “Abdel-Malek dishonestly and surreptitiously acquired confidential and valuable information from her employer and passed it to Choucair who made substantial illegal trading profits.

“Both defendants were well aware they were committing serious criminal offences and engaged in elaborate schemes and lies to disguise what they were doing.

“This was not opportunistic, but calculated and organised.

“It was insider dealing at its most venal.

“The FCA is determined to attack all forms of insider dealing, from opportunistic insiders to those who devise dishonest schemes to exploit and manipulate sources of inside information.

“The FCA also wishes to publicly thank the National Crime Agency for its significant assistance in this case.”

Ms Abdel-Malek’s compliance role at UBS covered investment banking which meant she was trusted with access to price-sensitive information about potential mergers and acquisitions held within UBS on its compliance system.

This system contained information about any proposed merger and acquisition transaction that UBS was either pitching for or working on.

Abdel-Malek repeatedly accessed inside information, across a number of transactions, over a sustained period.

She created and printed documents containing inside information copied from the UBS compliance system.

She then disclosed the inside information to Mr Choucair, who traded in the shares of the target companies:

Mr Choucair dealt in anticipation of a press article or company announcement that would cause the share price of the target company to rise significantly.

Following the press article or company announcement Mr Choucair would start to close his positions.

Mr Choucair conducted his trading by dealing in Contracts for Difference (CFDs) through an account held in the name of a company incorporated in the British Virgin Islands with a trading address in Switzerland.

Over the course of the indictment period, the pair sought to conceal their criminal activity by using unregistered pay-as-you-go mobile phones, changing and swapping SIM cards at regular intervals, to communicate with one another.

On occasions Ms Abdel-Malek would be in contact with Mr Choucair while in the office looking at UBS’s compliance system.

In order to further disguise the fact that she was contacting Mr Choucair she used an unregistered phone model identical to her work-issued Blackberry.

Both Ms Abdel-Malek and Mr Choucair would change their unregistered mobile phone numbers on a regular basis in a further attempt to avoid detection.

When interviewed after her arrest Ms Abdel-Malek lied to the FCA and denied using unregistered mobile phones.

The FCA thanked the organisations and individuals who provided assistance to the investigation.

More in this category: « AFH to buy 5 more firms as it builds £20m war-chest MiFID II impact could be worse than expected, study finds »
back to top