Register for Financial Planning Today website for FREE to view more stories and get our daily newsletters. Click on 2 stories to see Registration pop up.
Friday, 28 June 2019 10:27

MiFID II impact could be worse than expected, study finds 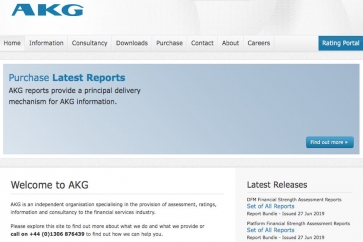 The impacts of MiFID II could be worse than previously expected according to new research.

The report, sponsored by wealth management and Financial Planning firm Netwealth, analysed the initial impact and effectiveness of MiFID II.

It found one in three (34%) of advisers expected clients to switch investment solution/provider in the future and 62% said the standard of reporting and transparency on charges and services already influenced their preferred choice of DFMs and platforms.

The biggest impact on adviser businesses, the study found, has been increased workload with two out of three (66%) saying additional MiFID II requirements meant they had more work to do, with a knock-on effect on minimum serviceable client portfolio sizes also identified.

Nearly a third said they had increased or were considering increasing their minimum client portfolio size.

AKG’s research paper underlined that DFMs, platform operators and asset managers could stand out from competitors by matching up to MiFID II requirements, but needed to address inconsistencies to be successful.

More than half (51%) of advisers said reporting of costs and charges must be more consistent across the DFMs and platforms they use while 59% believed MiFID II had failed to deliver on its objectives of improving integrity, fairness and efficiency within the wealth management industry.

Beyond the regulatory requirement to be compliant, AKG wanted to explore whether the standard of reporting and transparency on charges and services was likely to be a deal-breaker for advisers when it came to selecting or retaining preferred DFM and platform partners.

Matt Ward, communications director at AKG, said: “There is enough evidence here for DFMs and platforms to target continuous improvements with their reporting suite and to seek further transparency on charges in order to retain intermediary business.

“And further evidence about the importance of adhering to the MiFID II initiatives closely and expediently in order to ensure that clients are retained.”

Major points of concern to emerge from MiFID II market research carried out for AKG’s new paper were said to be discrepancies, inconsistencies and challenges with costs and charges disclosure, as well as challenges with composition and delivery of ex-post reports/projections.

Sophie Austen, head of intermediary business development at Netwealth, said: “The research identifies that the greatest propositional impact has been on intermediaries, largely due to the increased workload generated by additional MiFID II requirements.

“There’s little doubt that the workload has been amplified by the trickle-down effect of incomplete or inaccurate data being provided by other areas of the value chain.

“Worryingly, an increasing workload seems to be resulting in an emerging advice gap as servicing clients becomes more expensive – an unintended, but nonetheless apparent, consequence of the introduction of MiFID II.

“More needs to be done across the industry to address the quality of data being produced, as well as improving delivery, in order to alleviate some of the pressure on advisers and generate better client outcomes.”

AKG wanted to look at MiFID II impact and effectiveness “from a range of perspectives across the retail wealth management value chain”.

Mr Ward added: “It is disappointing to see that many of those advisers surveyed do not feel that, at this stage, MiFID II is delivering improved integrity, fairness and efficiency in the wealth management industry.

“Rather than dwell on this, it should be viewed as a call to action for all industry participants.

“Strong, collaborative efforts need to be made during the second half of 2019 and during 2020 to ensure that these core MiFID II initiatives begin to bear fruit.

“Given the huge amount of time and resource that has been sunk into preparation and implementation it would be a great shame if these initiatives could not be translated into beneficial change for customers and the sector.”