3 out of 4 UK investors unsettled by political uncertainty 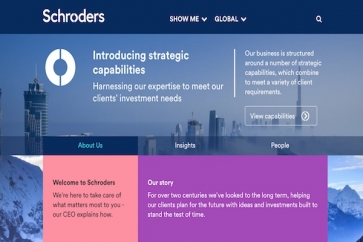 Some 73% of UK investors conceded that political and market events out of their control affected their investment behaviours, slightly higher than the European (69%) and global (72%) averages.

Schroders’ Global Investor Study surveyed over 25,000 people in 32 countries, including 1,200 in the UK.

The study results came as the UK finds itself in the midst of political uncertainty and after global markets experienced falls during 2018.

Just under a fifth of UK investors (18%) stated that an unsettled political situation and volatile markets were preventing them from making investment decisions, until events had settled down.

But 21% admitted that they viewed this uncertainty as an investment opportunity.

In total however, investors in the UK were less reactive to the instability than their global counterparts.

Almost two-thirds (65%) of UK investors admitted to changing the risk profiles of their portfolios in direct reaction to market instability, compared to 70% of investors globally.

Investors in the UK were also less likely to be swayed when it came to how long they hold onto their investments.

The average UK investment horizon is 2.9 years, compared to the 2.6 years global average, although this is still considerably lower than the recommended five years.

UK investors were comparatively more bullish than bearish in the face of market volatility.

They were more likely to increase (39%) than decrease (31%) the overall risk profile of their investments.

The survey also found that over the next five years UK investors have unrealistic return expectations, hoping to make an average return of 9.9%.

This might be why almost half of investors in the UK (48%) felt that they had not achieved their investment objectives over the past five years.

UK investors were however more realistic than global investors who, on average, were hopeful of returns of 10.7%.

Investors in the UK were also more likely to be more diversified than their global counterparts.

Almost a third (32%) believed investing in emerging markets could be beneficial to their portfolios.

Phil Middleton, head of UK intermediary business at Schroders, said: “Given the level of political uncertainty currently in the UK, it is perhaps not surprising that UK investors seem particularly sensitive to events that are out of their control.

“At the same time it is important that investors are not to be swayed by short-term noise and instead focus on their long-term investment goals.

“When it comes to investment returns, we have also seen that investors in the UK still have unrealistic return expectations.

“This perhaps explains why almost half felt they hadn’t met their investment objectives over the past five years.

More in this category: « TPR warns badly-run schemes to improve or consolidate AFH buys Hertfordshire IFA firm in £1.7m deal »
back to top