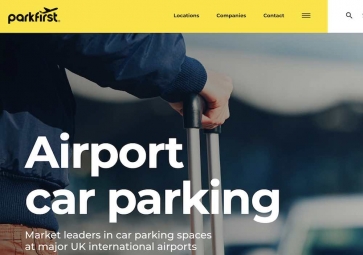 Four parking scheme firms, investments in which were sold through SIPPs providers, have slumped into administration.

The firms that have now been placed into administration are involved with the operation of car parking schemes close to Gatwick and Glasgow international airports.

Park First Freeholds Limited and Help Me Park Gatwick Limited own the freeholds to the relevant car parks.

The administrators say the car parks are continuing, and will continue, to operate as normal during the “restructuring period”.

Investments in the car parking schemes were originally sold to individuals and corporates in the UK and internationally, both directly and some through SIPP providers.

The FCA raised concerns in 2017 that they were collective investment schemes and so they were restructured in 2017-2018.

In a statement the regulator said: “We took the view that these were collective investment schemes, which can be a high-risk investment.

“Only authorised firms and individuals can operate or promote them.

“Park First is not authorised by us and is not permitted to provide regulated financial services.”

Some  investors opted to have their original investments bought back by Park First Freeholds Limited or Help Me Park Gatwick Limited and some  investors elected to become LLS members, whereby they granted a long lease of their parking space to a Park First company.

They were then entitled to certain financial returns from the car parking schemes.

The joint administrators revealed their intention was to develop proposals as part of a suite of Company Voluntary Arrangements in relation to the firms “which will address, as far as possible, the financial positions of both buy-back creditors and LLS members”.

Joint administrator, Finbarr O’Connell, said: “As part of the restructure of the Park First car parking schemes in 2017, purchasers/investors were given options of either a buy-back payment or to convert to be members of a Lifetime Lease Scheme.

“Due to the number of purchasers/investors that requested buy-backs and due to operational difficulties with the operation of the car parks and potential claims against the Park First rental companies, the Companies do not currently have sufficient funds available to satisfy the financial demands on them.

“On this basis, professional advice was sought and the directors resolved that the Companies should be placed into administration to provide protection for the benefit of their creditors.”

Joint administrator, Emma Thompson, added: “The joint administrators believe that a suite of Company Voluntary Arrangements will give the companies in administration the best opportunity to maximise realisations for their creditors.

“We will therefore be working with the directors to put forward appropriate CVA proposals, based on a review of the assets to be made available to creditors through the CVA processes.

“Our objective is to pay the maximum available dividends to the creditors of the companies, which mostly consist of the Buy-Back creditors and the Lifetime Lease Scheme members, during the period of the administrations and the CVAs.”