Using a SSAS to help a business move forward 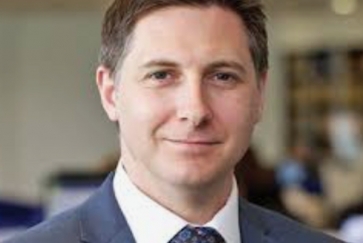 Chartered Financial Planner Gavin Wood of Beckett Financial Services, in Suffolk, talks about how a SSAS was used to good effect to help two business owners sort out their business and personal planning.

Mr Wood was speaking exclusively to Financial Planning Today magazine for a feature which can be read in full here.

This is an edited version.

An IFA friend of mine asked me to speak to his clients about their business and pensions.

One of my specialisms is Small Self-Administered Schemes and my friend could see that his clients would benefit from expertise in this area.

His clients, Gerald and Annette, were former City traders who had decided to have a complete career change and had become property developers.

Their company had been very successful in identifying potential development sites and had built a successful portfolio of residential and commercial properties.

They used a golden role of acquiring commercial properties which had the potential to provide a yield of 8% per annum.

Many of their properties were sold but others were retained for personal ownership to increase their rental portfolio.

However, the company had encountered cashflow problems and there was a clear need for their investments to be overhauled.

This is a real-life case study, names and some other details have been changed to protect confidentiality.

Cashflow had become an issue for the company because they had identified some sites but did not have the ready funds to develop them.

One site in particular needed an injection of capital to enable it to be progressed to a saleable stage. One of their other ventures was a pub which was nearing completion.

My first meeting with Gerald and Annette was to learn more about their plans with a view to solving their cashflow problems and assessing their investments.

It soon became clear that they had very significant assets outside the business but these were all illiquid and could not easily be realised to provide directors’ loans to the business to complete the projects.

Similarly, banks were not showing any appetite for wanting to lend money on the personal assets or, indeed, any of the business assets.

The income stream outside of the business was very healthy and, in previous years, they had made very good use of profit extraction, and used venture capital trusts to obtain tax relief.

Pensions had been somewhat neglected.

Neither Gerald nor Annette had any appetite for wanting to invest in equity markets; their preference was to invest in their own expertise in properties because they felt that, over the longer term, these would provide greater security.

Both Gerald and Annette had final salary pension benefits from employment with their
investment firms.

The income stream from the rental properties and the VCT dividends was very significant meaning there was not a great deal of reliance on the pensions to provide income in retirement.

Indeed, in light of the new rules for pension death benefits, Gerald and Annette were keen to preserve the pension capital values for as long as possible in order to pass assets tax efficiently to their two daughters.

Their existing IFA had already brought them up to speed with the new rules.

Due to the non-contributory basis of the defined benefit pension schemes, Gerald and Annette considered the transfer values as ‘free money’ that they wanted to control.

They understood they would be sacrificing investment risk-free income in retirement to have this control but they felt that the current rental income stream and VCT dividend income projected forward to retirement would provide a sizeable underpin to their retirement income needs.

I made sure that Gerald applied for Fixed Protection 2016 in order to address the corrosive effects of the reducing lifetime allowance.

We also asked the various scheme administrators to confirm the value of Gerald’s pensions at April 2014 to see if he could qualify for Individual Protection 2014 too.

However, as it was the very generous cash equivalent transfer value which gave rise to the lifetime allowance issues he did not qualify.

I recommended that they consider arranging a SSAS for their company and transfer into it the full value of the defined benefit pension plans.

The rest of this feature can be read for free in the latest issue of Financial Planning Today magazine here.