Families with ‘multi-retired generations’ to double to 1.2m 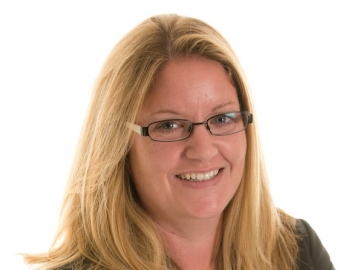 Multi-retiree families will soar to over 1m over the next 20 years, according to a new study.

A report by wealth manager St James’s Place forecasts that the number of families where more than one generation is retired will rise rapidly over the next two decades - with major implications for multi-generation wealth planning.

One potential change, according to the study, is that inheritances may fall as people need to use more of their money to support other family members while they are alive.

• 1.2m families are expected to contain more than one retired generation by 2039 – increasing significantly from 624,000 families today

• 79% who receive ongoing face-to-face advice believe they have sufficient funds to fulfil their retirement plans, compared to 35% who don’t receive advice

The report by St James’s Place into inter-generational wealth and retirement planning says the demographic changes mean many people will may need to reassess how they plan for the later life.

The study, which analysed ONS data as well as research among 4,000 adults in the UK, forecasts that the number of families with more than one generation retired will grow by 13% to 704,000 over the next five years, with growth accelerating in subsequent years (see table).

A quarter (24%) of future retirees expect to provide financial support in retirement to someone other than their current partner, such as children, grandchildren, a former partner or a partner’s children. This compares with 7% of current retirees.

Claire Trott, head of pensions strategy at St James’s Place, said: “The next generation of retirees can’t expect to follow the same path as those currently in retirement.”

She added: “We see consistently the value of advice in navigating this complexity and our research found that 8 in 10 (79%) people who receive ongoing face-to-face advice believe they have sufficient funds to fulfil their retirement plans.  This compares with only 35% who don’t receive advice.”

St James’s Place research also reveals that people expect to pass on less after they have gone. For those who have a sufficient amount of wealth, the amount they expect to pass on is likely to be significantly impacted, with future retirees expecting to pass on £50,606 less of their retirement pot on average compared with current retirees.

Opinium Research carried out an online survey of 4,000 UK adults aged 18+ in April.