Register for Financial Planning Today website for FREE to view more stories and get our daily newsletters. Click on 2 stories to see Registration pop up.
Thursday, 11 July 2019 12:24 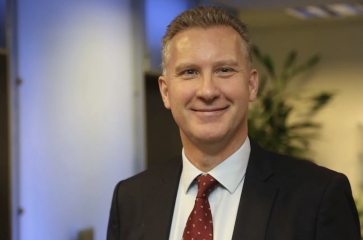 Mr Dye will serve a one-year term after which the board chair role will revert to a two-year tenure.

He has has been on the ABI Board since January 2015, chairing the ABI Audit Committee between 2016-2018. His appointment follows the resignation of Amanda Blanc last week.

Ms Blanc, the first woman chair in the history of the ABI, also resigned from her role as CEO EMEA of Zurich Insurance Group after nine months in both roles.

Mr Dye said: “I am delighted to be taking on this role at such a crucial time for our world-leading industry.

"We face a period of unprecedented challenge and opportunity so it’s important for the industry to speak with a clear, authoritative and constructive voice. Amanda Blanc is a tough act to follow, but I am looking forward to working with the ABI board.”

Huw Evans, the ABI’s director general, said: “Jon brings 30 years’ experience of the insurance industry to the role of ABI chair. His insights and energy will be invaluable in representing all parts of the insurance and long-term savings market as we rise to the challenges and opportunities of our fast-changing world.”

Mr Dye has been chief executive of Allianz Insurance since July 2013. He is also a non-executive director of LV General Insurance Group.

He is a law graduate of Cambridge University and a Fellow of the Chartered Insurance Institute.

More in this category: « CII backs diversity and inclusion campaign for profession Jobs axed at protection challenger Guardian »
back to top