Register for Financial Planning Today website for FREE to view more stories and get our daily newsletters. Click on 2 stories to see Registration pop up.
Wednesday, 17 July 2019 10:05 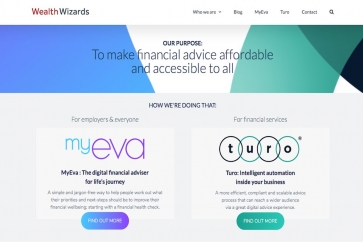 The appointment by the fintech firm follows the recent hiring of new chairman Scanes Bentley, a former director for Accenture.

Wealth Wizards says that Mr Coleman’s background is in business development and mergers and acquisitions, as well as leading transformations on behalf of organisations such as IFA network Burns-Anderson and Positive Solutions.

Andrew Firth, founder and chief executive of Wealth Wizards, said: “Peter’s vast commercial experience is already proving invaluable to Wealth Wizards. The strategies he has in mind for growing the company are impressive and we can’t wait to see how much he will impact the business in the coming months and beyond.”

Mr Coleman said: “As a director of advice businesses I have observed Wealth Wizards’ Turo Financial Planning technology with envy for some time now.

“Turo will ultimately allow advisers to see more clients. Each adviser in the UK typically serves between one and two clients a week.  As a result, you’ve got five million underserved customers in the UK. Advisers want to serve more customers – but up until now, they couldn’t.”

Turo is Wealth Wizard’s software-as-a-service (SAAS) platform. It is designed to help automate financial advice. Wealth Wizards uses it as the ‘engine’ for its digital guidance and advice service MyEva, which recently passed its testing phase.

The company was founded in 2009 with the aim of using technology to make financial advice affordable and accessible. The firm says it uses a combination of Chartered Financial Planning and software to deliver expert at an “affordable cost” via the internet. It is based in Leamington Spa and has 80 employees.