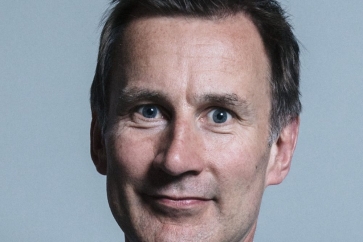 With the winner of the Conservative Party leadership election, and the next Prime Minister, due to be announced today research from The Share Centre shows personal investors would prefer for Jeremy Hunt to win.

When asked, given the commitments made, which of the leadership contenders would be best for personal investors, 35% said Mr Hunt compared to 29% who favoured Boris Johnson.

Investors were keen for the successful candidate to provide clarity when it comes to the UK’s departure from the EU.

Richard Stone, chief executive of The Share Centre, said: “Whoever wins the Conservative Party leadership election and becomes the next Prime Minister will be taking on the role at a time of uncertainty and challenge for the British political system.

“If the general polling of Conservative members is to be believed, the likely winner is Boris Johnson.

“Personal investors favouring, albeit marginally, Jeremy Hunt indicates Mr Johnson will have a hard task in front of him to persuade them of his support.

“This is made all the harder by investors clearly being unimpressed with the Conservative Government since the last General Election.

“We would encourage the new Prime Minister, when appointed, to include within their administration’s first budget some key measures to underpin and encourage personal investment and wider share ownership.”