The good, the bad and the ugly: Hammond's record assessed 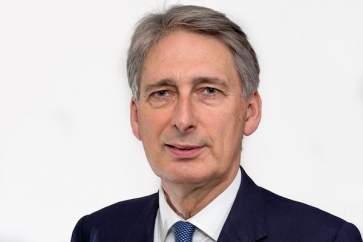 After Phillip Hammond announced he will quit as Chancellor with Boris Johnson becoming Prime Minister today AJ Bell has assessed the good, the bad and the ugly elements of his tenure in 11 Downing Street.

“While Phillip Hammond’s tenure has undoubtedly been dominated by a combination of austerity and Brexit, he has also introduced a number of reforms which have affected people’s personal finances.

“Arguably the most significant intervention focused on lowering workers’ income tax bills by raising the personal allowance. This stood at £11,000 when Hammond took the job in July 2016 and has steadily risen to £12,500 for the 2019/20 tax year – 12 months earlier than under previously announced plans.

“The changes represent a significant tax boost for workers. For example, someone with income of £30,000 in the current tax year will pay £300 less income tax compared to 2016/17.

“Although Chancellor Hammond may have delivered a boost for middle income earners, those in receipt of dividends took a significant kicking.

“As the new Theresa May Government looked to distance itself from the previous administration, one of his first acts as Chancellor was to slash the tax-free dividend allowance - introduced by his predecessor George Osborne - from £5,000 to just £2,000.

“This represented a huge tax grab on self-employed workers – who are more likely to remunerate themselves via dividends – and people with dividend paying investments held outside tax-efficient savings vehicles such as ISA and SIPPs.

“As a result, a higher-rate taxpayer receiving dividends faced paying up to £975 more in tax, while an additional-rate taxpayer took a tax hit of up to £1,143. The Treasury estimated the move would raise the Exchequer close to £1 billion in tax revenue per year.”

“The move, designed to limit the risk of savers ‘recycling’ their pensions, seriously dented the ability of those who have accessed even £1 of taxable income from age 55 using the retirement freedoms.

“Not only are most people now hit with a 90% cut in their annual allowance where the MPAA is triggered, they also lose the ability to ‘carry forward’ unused allowances from the previous three tax years.

“As a result, someone who hasn’t accessed their pension flexibly can pay up to £160,000 into their retirement pot tax-free in the current tax year – a staggering 40x the allowance available to someone subject to the MPAA.”

“Chancellor Hammond cannot be blamed for introducing the awful pension tax taper for high earners – that dubious honour belongs to his predecessor – but his failure to address it contributed to the crisis currently engulfing the NHS.

“While sympathy with doctors earning over £150,000 might be in short supply, it is becoming increasingly clear the way the taper is applied to DB savers – and the effective tax rates consultants face for working longer hours – is placing huge strain on the UK’s already burdened health service.

“It is frankly bizarre that, despite these concerns, Hammond and the Government at large have persisted with this wrong-headed policy. The taper is one of the most complicated and confusing bits of the pension system, and scrapping it would represent an important step towards a more sensible framework.”