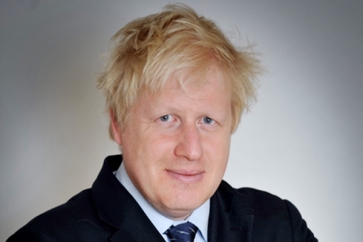 With Boris Johnson due to become Prime Minister today following his victory in the Conservative Party leadership contest yesterday the financial professionals have given their thoughts.

The ABI said Mr Johnson faced “a huge set of challenges” to his nascent leadership of the country.

In a statement Huw Evans, director general, said: “Boris Johnson inherits a huge set of challenges and we should all hope that he will be able to overcome the current impasse and implement Brexit in an orderly fashion, with a transition period in place.

“The crucial longer-term test is whether our future economic relationship with the European Union avoids the UK’s world-leading insurance and long-term savings sector becoming a rule-taker.

“Beyond Brexit, we want to see the incoming Prime Minister and his new Government support our thriving and world-leading industry by improving the competitiveness of our tax and regulatory environment, boosting savings for retirement, keeping the cost of insurance down, improving the safety on our roads, and building a social care system that works for all.”

Chris Cummings, chief executive of the Investment Association, said: “Congratulations to Boris Johnson on his victory in the Conservative leadership contest.

“Boris Johnson was a great supporter of the City of London when he was Mayor, and we look forward to working with him to ensure that the investment management industry continues to thrive and grow under his leadership in Government.

“The investment management industry is a crucial cog in the UK economy, managing £7.7trn of people’s savings in the UK and beyond.

“As the largest investment hub in Europe, it is vital that we are able to maintain our place as a world leader in our field.”

But Nigel Green, CEO of IFA firm deVere, said the new PM would be “impotent”.

“Boris Johnson will be an impotent Prime Minister.

“Theresa May faced tricky arithmetic in parliament, but her successor will have it even harder.

“After a series of defections from serving MPs and the potential loss of two seats in by-elections, the Conservatives’ parliamentary tiny majority is on the brink of collapse.

“This arithmetic, together with the fact that the EU has shot down Mr Johnson’s Brexit plan within moments of his appointment as leader - signalling it has no plans to make concessions - makes the job of leaving the European Union with a deal almost impossible.

“No deal is looking increasingly likely,” he said.

However, he added: “Yet this impotency is likely to be Boris Johnson’s secret weapon.

“This is because all he has to do is do nothing to ensure a no-deal happens by default on 31 Oct.

“Then in early November, he will call an election being able to claim to have delivered Brexit.

“This will secure him votes from right-wing Conservatives and Brexit Party supporters, he will be capitalising on a Labour Party with low poll ratings for its leader, and making Liberal Democrat opposition to Brexit and their call for a second referendum irrelevant as the UK would have already left the EU.”

She said: “While Boris’s in-tray is likely to be straining under the weight of Brexit related issues there’s a domestic agenda that has been in limbo for far too long.

“We call upon the Prime Minister to devote some time to pressing issues such social care funding and the Pensions Bill which will allow the industry to make much needed progress with initiatives such as the pensions dashboard.”

More in this category: « The good, the bad and the ugly: Hammond's record assessed PK Wealth makes MPS available to external advisers »
back to top