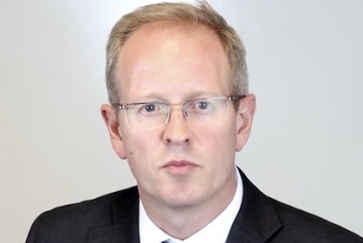 Intelliflo is structuring its business to deliver expansion internationally, with Australia the first country in the delivery pipeline it has been revealed.

The firm is developing its multi-faceted business management system, Intelligent Office, for use by financial intermediaries operating in territories outside the UK.

Australia will be the first international territory to have access to Intelligent Office, with plans to roll out access to the system across multiple countries in the future.

As a result Intelliflo has hired Johann Koch as business development director - international.

Mr Koch has specialised in adviser technology for over 16 years, including 12 years in business development roles at IRESS, seven of which were in Australia.

For the past two years, he has been involved in business development in London's wealth and asset management sector for SEI.

In his new role he will be tasked with establishing business development teams and developing partner communities in each new international territory.

Mr Koch will also be working closely with advice firms that are looking to change their business management technology.

Nick Eatock, Intelliflo's chairman and founder, said: "Since inception in 2004, Intelliflo has been focused on developing outstanding business technology specifically designed to enable financial advisers and their teams in the UK to become more efficient and profitable.

“Taking this technology to new markets is a natural next step."

Mr Koch said: “The market demand for change in Australia and in other international regions is very encouraging, and with so much innovation and investment going into constantly developing the tools and services available within Intelligent Office, the proposition is highly compelling and will open new doors for advisers operating outside the UK who are ambitious to take their firms to the next level.”

Hamish Purdey, Intelliflo's chief executive, said: “The time is now right to expand our offering to other territories.”