Register for Financial Planning Today website to get our daily newsletters. Click on 2 stories to see the Registration pop up.
Monday, 05 August 2019 09:57 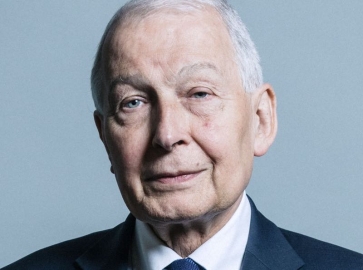 MPs on the influential Work and Pensions Committee have urged the FCA and government to do much more to tackle pension scams and improve cost transparency on pensions.

In its latest report on the UK pensions sectors published today, committee MPs say they are ‘unconvinced’ by current efforts to sort out the pension problems and want new ‘mandatory’ disclosure of costs and charges introduced.

The FCA should send a “simpler message” to the industry by setting a 0.75% charge cap for pensions investment pathways from the outset rather than nudging the sector in this direction.

MPs are also concerned that evidence given to the committee suggests that only approximately 10 out of the FCA’s 3,700 staff are directly working on tackling pension scams and it wants more done to protect consumers.

The committee said it recognised that many Independent Financial Advisers provide “good value for money for pension customers” however, the number of people paying for good value advice is low.

It said people who were not able to access good advice needed guidance and effective protection from pension scams. Scams not only harm the individual but cause wider damage to the industry by discouraging potential savers, said MPs.

Key findings from the committee's report were:

• MPs want a 0.75% cap from the outset on FCA decumulation pathways

MPs said: “Government and regulators should not wait for the industry to fail to act voluntarily as they have so many times in the past and should instead move now to legislate for mandatory disclosure to a set format, for both defined contribution and defined benefit schemes. Better scrutiny of value for money in defined benefit schemes will also either justify or avoid the need for the often difficult decisions being taken about the future of those schemes.”

MPs also called on the Government to “urgently resolve the discrepancy between ‘net pay’ and ‘relief at source’ tax relief that, over a lifetime of pension saving, could make a significant difference to many people and a represent a significant proportion of their pension savings built up through automatic enrolment.

Former Pensions Minister Baroness Ros Altmann, who backed the report, said the call by MPs to demand Government stop forcing the lowest earners (mostly women) to pay a 25% 'penalty charge' if their employer uses a Net Pay pension scheme  was urgently needed and would stop a potentially “huge scandal brewing.”

Committee chair Frank Field MP said: “Ripping off pension savers could be eliminated. The select committee is calling on the Government to shine the searchlights into that part of the financial industry that has settled down to misinforming, mischarging, overcharging and making a fat living off the hard-earned savings of pensioners. Government and regulators should not wait for the industry to fail to act voluntarily as they have so many times in the past. It must put the full force of the law behind such changes.”

The Committee also wants the FCA’s “inscrutable” public register of advisers to be improved, especially to tackle the problem of ‘phoenix firms.’ The register was criticised by committee chair Frank Field MP as requiring “a degree and orienteering skills to figure out which firms the FCA had banned from giving advice.”