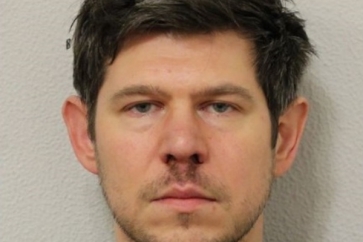 An insurance claims handler has been jailed after he abused his position to steal £390,478 from his employer by diverting customer payments into his own account.

Despite receiving support from AIG during his time of employment, Mr Beaver was dismissed in January 2018 for gross misconduct, though the reasons were not related the fraudulent activity.  Following his dismissal he tried gain entry to his ex-employer’s office in Fenchurch Street, London, during non-working hours, by claiming to be another current member of staff.

He was denied entry and security staff raised the alarm after which a full investigation into Mr Beaver began.   Detective Constable Justin Hawes, from the City of London Police’s Insurance Fraud Enforcement Department, said: “Beaver found himself in a hopeless situation in his personal life and unfortunately chose to steal from others rather than seek out the help he so desperately needed.  “IFED takes all cases of insurance fraud extremely seriously, no matter the individual’s circumstances.

“We continue to work effectively with insurers to try and eradicate fraudulent activity within the industry and deter anyone who is thinking of getting involved.  “Beaver must now pay the price for actions, not just with the sentence handed down by the court, but also with the loss of his job and reputation after he abused the trust given to him by his employers.”   It was revealedthat between May 2016 and January 2018, Mr Beaver made 91 payments to his own bank account – totalling £345,235 – by creating false claims and changing client bank details to his own.

He also managed to steal £45,243 from the company after he had left, by making a further three fraudulent payments to himself.   He admitted in interview that all the money he had taken from AIG was used to fund a drug habit he developed after the tragic death of his young son.