Register for Financial Planning Today website for FREE to view more stories and get our daily newsletters. Click on 2 stories to see Registration pop up.
Tuesday, 06 August 2019 09:58 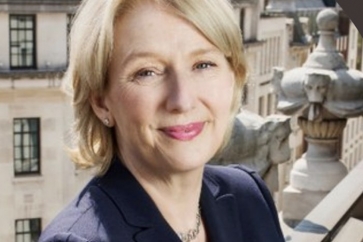 Former Virgin Money CEO Dame Jayne-Anne Gadhia is pulling out of her recently-announced role on the Bank of England’s Financial Policy Committee to run the UK operation of Salesforce.com, an online sales management system.

The move to Salesforce.com sees her unexpectedly returning to an executive position in UK business.

The Treasury said today that following discussions between Dame Jayne-Anne and the Bank of England, it was “agreed” that her recent appointment as UK and Ireland CEO of Salesforce would mean she would not be able to commit sufficient time to serve on the FPC.

The Treasury will now search for a replacement for Dame Jayne-Anne whose FPC appointment was announced in January. Martin Taylor will continue in his role on the FPC until April 2020.

Dame Jayne-Anne Gadhia and Dame Colette Bowe, a former chief executive of the UK’s financial regulator, were appointed to the Financial Policy Committee earlier this year.

Dame Jayne-Anne was the CEO of Virgin Money from 2007 until 2018 and regularly attended the Prime Minister’s Business Advisory Council. She represented the UK finance industry as a board member of UK Finance and has provided industry input to the FCA through her membership of the FCA Practitioner Panel.

She also led the Government’s review into equality and inclusion in Financial Services as the Women in Finance Champion.

The FPC is a key part of the UK’s regulatory system and has an objective of ensuring the stability of the UK’s financial system by “identifying, monitoring and addressing systemic risks.”

More in this category: « Insurance worker jailed for stealing £390k from employer FSCS and FCA probes launched as firm fails »
back to top