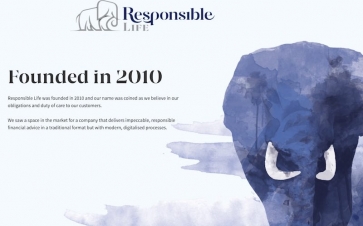 A pensioner aged 76 - who mistakenly thought he was not entitled to the state pension - has received a backdated pension windfall of £132,800 after intervention from an equity release adviser.

Peter Williams missed out on 11 years of state pension - relying on small private pensions instead.

The Cardiff resident had to cut back on visits to his local pub and holidays to Spain and Portugal to save money because he did not realise he was entitled to the state pension, according to equity release firm Responsible Life which helped him to win back the missed state pension.

He had to make ends meet on two workplace pensions, worth £234 and £275 a month respectively.

After realising he needed more income after spending his life savings and inheritance, he approached lifetime mortgage firm Responsible Life about equity release for his property.

During the course of a routine conversation his adviser discovered that Mr Williams had been wrongly missing out on a state pension for over a decade.

He filled out his pension forms when he retired but, after not hearing back from the government, he wrongly assumed he was not eligible.

Graeme Donegani, an adviser at the firm, visited him and asked about his state pension as part of a routine benefits check. After learning Mr Williams had not received anything, he phoned the state pension claim line with Peter to discuss the situation.

It was only then that Mr Williams discovered he was entitled to £274 a week, starting immediately, along with a £132,800 payment for all the unclaimed years.

Graeme Donegani, an equity release specialist at Responsible Life, said: “Peter has no family at all and no-one to help with financial matters. He has willed his house to charity. Needless to say, there is no basis to proceed further with equity release but it does mean that his charities will benefit from the value of his house in full.”

Mr Williams said: “Words cannot describe the elation I feel. Graeme’s open-handed approach to my situation has changed my life and provided me with a very positive future. I no longer need to release equity in my property and will be able to live comfortably on my pensions.”

As a result of the windfall Mr Williams no longer needs to use equity release to boost his income.