Register for Financial Planning Today website for FREE to view more stories and get our daily newsletters. Click on 2 stories to see Registration pop up.
Thursday, 08 August 2019 11:07 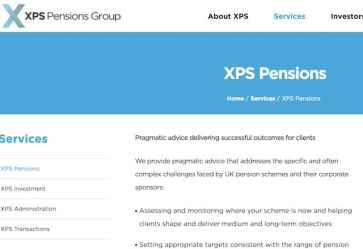 Transfer values rose during July 2019, while the number of DB transfers also increased, according to XPS Transfer Watch, which monitors how market developments have affected transfer values for an example member, as well as how many members are choosing to take a transfer value.

The increase was said to have been driven by a reduction in gilt yields over the month.

The index recorded an increase in the number of transfers that the administration business processed during July, compared to recent months.

The transfers processed would imply an annual equivalent of 0.98% of eligible members, compared to 0.87% last month.

Despite the increase, the number remained below the average, set over the last 12 months, of 1.13%.

The increase came amid the launch of an FCA consultation looking to ban contingent charging.

“In fact, the end of July interest rate, net of inflation, was the lowest month end figure recorded since the inception of the Transfer Value Index.

“It is only recent slowdowns in life expectancy improvements that have stopped the index hitting record levels this month.

“However, transfer activity appears to be unaffected, remaining relatively stable at an annual rate just below 1%.

“We have been concerned for some time about the obvious conflicts of interest that arise when advisers are paid more if a member transfers their benefits and the FCA’s consultation is an important step towards safeguarding members’ benefits.

“However, a ban could suppress transfer activity as advisers withdraw from the market and members are put off taking advice because of the up-front fees.

“It is important that pension schemes put in place a process now to ensure their members have access to high quality advice when they need it.”