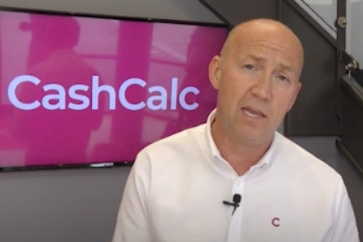 Cashflow planning software firm CashCalc has revealed it is to withdraw its Transfer Value Comparator (TVC) tool from its available suite of tools.

Last year, the firm launched a TVC tool in response to the FCA consultation document and policy statement 18/6.

However, CashCalc has now decided to exit the TVC market early blaming “the continued reduction in the number of advisers able to provide Defined Benefit (DB) advice as the major reason why it will not continue”.

Director and Chartered Financial Planner of CashCalc, Ray Adams, uploaded a video explaining the reasons to the firm's website this morning.

He said: “We launched the TVC tool on 1 October last year in response to the FCA consultation document and the policy statement 18/6, and that was the first major review of the transfer value system for about 20 years.

“At the same time the inducement rules had come in and several providers had decided to exit from it.

“What it meant is that the available providers of an analysis tool massively shrunk to only two providers in the UK.

With my adviser hat on, I didn’t think that was good because we ultimately didn’t have much choice, so decided to launch a TVC tool to give our profession more choice.

“Where we’re at now, 12 months down the line, is that the FCA have done further reviews into the DB transfer market, also the professional indemnity market has severely contracted and what we’re seeing now is that where there were 3,000 advisers in the country able to give TVC/ DB advice, that is shrinking day-by- day.

“It’s my personal view that it’s likely to drop to less than 500 advisers in this country.

“So I’ve taken the decision to actually withdraw the TVC tool from our available suite.”

Last week they released figures stating that the number of registered account holders increased by 3,000 to 12,000 and the number of Funds Under Calculation (FUCs) doubled from £50bn to £100bn.

He added: “I think we need to be putting our efforts and development into what’s being used.

“So by freeing up those developers from working on a tool which only has 2% use, we can now really ramp up the development of those other ones and we’re currently working on some real nice enhancements to the cashflow and onboarding tools.”

CashCalc will be removing the ability for new users to take the TVC tool with immediate effect.

However, anyone who currently has access will still be able to use it until the end of 2019, the firm said.

More in this category: « BlackRock opts for Dynamic Planner fintech for portfolios Thousands set to attend annual planner conferences »
back to top