Register for Financial Planning Today website to get our daily newsletters. Click on 2 stories to see the Registration pop up.
Friday, 06 September 2019 10:42 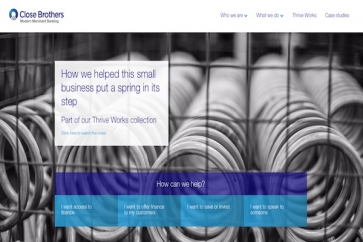 New research from Close Brothers has revealed the state of financial wellbeing of the UK’s millennials, with 87% admitting that money worries affect them while they are at work.

The Close Brothers Financial Wellbeing Index, developed in conjunction with money expert Professor Sir Cary Cooper, revealed that more than half (53%) of 18-34 year olds worried about money either always or often.

Close Brothers says this financial struggle was “impacting their ability to prepare for a rainy day”.

A third (36%) of millennials had made no preparations for an unexpected financial event and just 34% had a savings pot for emergencies, the study showed.

There was also said to be “a clear knowledge gap”.

Just over half (57%) of millennials said they would be confident where to seek advice for debt issues.

The number that admitted to being unconfident was twice that of those aged 55 and over (17% vs 9%).

Although millennials face these challenges when it comes to money, their overall financial wellbeing was significantly boosted by their planning.

They were also the generation most likely to budget their finances, with 70% using some kind of budgeting tool, compared to 63% of 35-54 year olds and 62% of over 55s.

Jeanette Makings, head of financial education at Close Brothers, said: “The number of millennials that are anxious about money is a real cause for concern in itself, as well as in regard to its knock-on effect on their ability to focus and be productive at work.

“While it’s certainly positive that they are the best performing generation for budgeting and planning, it is clear that there is a significant need for financial education targeted to help their particular concerns and needs.

“But around half of young people are still without a financial plan and far too many are ill-prepared for a financial shock.

“By raising their financial awareness and confidence, employers can help their younger workers develop better money habits and greater financial resilience, as well as benefitting from their improved presenteeism and focus at work. Better financial wellbeing is good for all concerned.”

Professor Sir Cary Cooper, of ALLIANCE Manchester Business School, University of Manchester, said: “Although millennials worry the most about money problems compared to other generations, it is encouraging to see that they are better planners and budgeters compared to their older counterparts.

“Society should really cut the millennials some slack when it comes to managing their finances, as they are doing better than they think.

“Millennials have different financial needs and face different challenges, such as increasing house prices and having to pay off student debt.

“Due to these pressures, they may worry more about money and find it difficult to focus on their long-term goals.

“This may of course limit their ability to save for retirement, but with their eagerness to plan and budget, I have no doubt that this generation is on their way to achieve better financial wellbeing.”