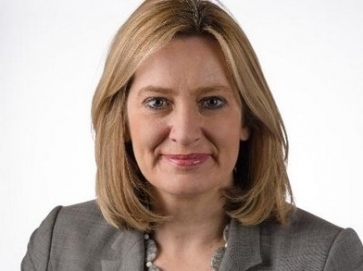 Work and Pensions Secretary Amber Rudd MP has quit her Cabinet role and her Conservative Party membership in protest at the expulsion of 21 MPs from the party.

Her unexpected resignation last night follows the recent vote by MPs to force Prime Minister Boris Johnson to take a no-deal Brexit off the table. The Conservative Party removed the whip from MPs who voted against the Government.

Ms Rudd became Work and Pensions Secretary in November last year and was known for her tough stance on pensions abuse, threatening the jail company bosses who endangered company pensions.

She has been replaced by Therese Coffey MP, the seventh Secretary of State for Work and Pensions since 2010. Ms Coffey was previously Minister of State for Environment and Rural Opportunity. It’s been reported that she has authored in the past a discussion paper on making pensioners pay National Insurance but her wider views on pensions are not yet known.

Ms Rudd kept her role as Work and Pensions Secretary in July after Boris Johnson became Prime Minister and Theresa May stood down.

It is believed that she will fight the next election as an independent MP. She has a majority in her Hastings and Rye constituency of 346.

Apart from her role as Work and Pensions Secretary she was also Minister for Women and Equalities. It is not yet known who will take this role.

At the time she was reappointed Work and Pensions Secretary she Tweeted: “Thrilled and honoured to be reappointed to the @DWP and also take on @WomenEqualities. I look forward to continuing my work to improve the welfare system and I’ll do everything I can to help women and girls improve their lives.”

The threat came in the wake of the collapse of BHS and the subsequent £571m pensions deficit becoming apparent.

At the time she wrote: “To curb these freelancers playing fast and loose with your cash, I am going to make ‘wilful or reckless behaviour’ relating to a pension scheme a criminal offence, with jail terms of up to seven years for the worst offenders.

In November 2018 Ms Rudd MP returned to the cabinet as Work and Pensions Secretary following the resignation, over the Brexit deal, of predecessor Esther McVey MP.

Ms Rudd quit her previous Cabinet role as Home Secretary in April 2018 over her handling of the Windrush scandal which saw some West Indian people hit by uncertain immigration status.

More in this category: « Firm welcomes record number of new trainees PFS makes ISA risk plea to advisers and FCA »
back to top