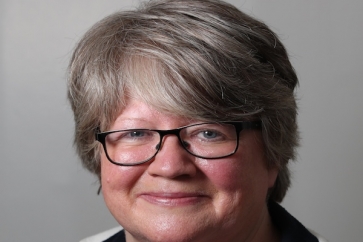 The resignation of Amber Rudd as Work and Pensions Secretary on Saturday night triggered the appointment of the sixth DWP boss since 2016 prompting Financial Planner Quilter to hit out at the “revolving door”.

Jon Greer, head of retirement policy at Quilter, said it was a “laughable and lamentable statistic”.

There has not been a tenure in the role longer than a year since Iain Duncan Smith’s six-year stint, which ended in March 2016.

She tweeted: “I have resigned from Cabinet and surrendered the Conservative Whip.

“I cannot stand by as good, loyal moderate Conservatives are expelled.

“I have spoken to the PM and my Association Chairman to explain.

“I remain committed to the One Nation values that drew me into politics.”

In her resignation letter she slammed Mr Johnson’s “political vandalism”, after he axed Tory members who voted to hand control of the Commons Order Paper to rebels and opposition MPs last week and force anti-no-deal legislation on the Government.

Reacting to the resignation Ms Rudd's brother, Roland Rudd, who heads up the anti-Brexit People’s Vote campaign, tweeted: “So proud of my sister.

“She’s principled, brave, honest and loyal to her friends.”

Commenting on the continued turmoil at the DWP, Mr Greer said: “Since Iain Duncan Smith left the role after six years in March 2016, we have seen a string of politicians come and go from the coveted cabinet role.

“It’s simply impossible for the public to have faith in any enacted policy when the leadership of the department chops and changes so frequently.

“The only hope is that the next minister stays for more than one calendar year.

“The next secretary will inherit a poisoned chalice which will potentially be even more toxic than the one Amber Rudd was presented with, thanks to a whole host of pressing problems.

“The impending ramifications of Brexit will mean that the new secretary won’t have long to put together a plan for State Pension indexing for expats living in Europe.

“At present the government has committed to uprating of the UK state pension for recipients living in the EU for the next three years – an announcement that has given expat pensioners little comfort.

“The Government is hoping it can negotiate a new arrangement to ensure this policy continues, but this subject to reciprocal agreements which do not appear to be guaranteed.”

He added: “While Rudd has made some progress with the pension dashboard there is still an awfully long way to go with this project.

“For the dashboard to become a reality the next secretary must grab the bull by the horns and run with it for more than a just a few months, as making this a reality will take a huge amount of engagement from both the public and private sector, which won’t happen overnight.”