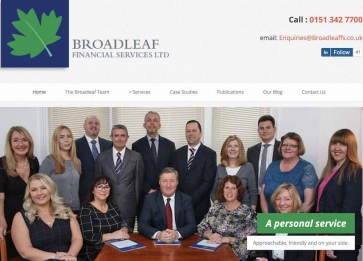 Four advisers from Broadleaf will join acquisitive AFH together with support staff. They will add clients and £140m of Funds Under Management to AFH.

The initial payment for the deal is £1.7m and was paid from existing AFH cash reserves with the balance payable in cash over a 26-month period.

Following the acquisition, John Shaw, principal adviser and director and one of the founders of Broadleaf, together with his fellow directors, have retired from the business.

AFH has been a major acquirer of adviser firms in recent years. It bought 16 in 2018 and last week announced the acquisition of two Southern firms, Mulberry and AE Garment.

The company said earlier this year that it aims to nearly triple revenues over the next three to five years to Ј140m as it strives to become the leading UK ‘Financial Planning-led’ wealth manager.

“The acquisition has been completed on a similar attractive multiple to previous transactions and extends the AFH footprint in the North West of the UK.

"As previously reported, in this period of economic and political uncertainty we remain focused on driving the organic growth of our business by providing professional and cost-effective services to our clients and, in-turn, enhancing profitability.

“The company remains well capitalised to take advantage of the previously identified acquisition opportunities and to continue its record of delivering profitable growth and enhanced shareholder value."

More in this category: « PFS appoints Adam Owen as new President PIMFA fears over MiFID II costs and charges »
back to top