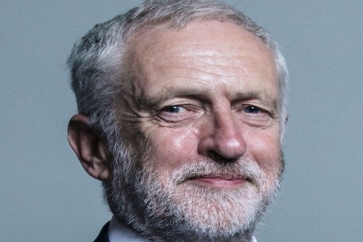 Kames Capital has published a number of strategies aimed at protecting portfolios from the possibility of a Jeremy Corbyn-led government.

The firm says that with the precariousness of Boris Johnson’s minority Tory administration - and the possibility of further ruptures over the Brexit negotiations - there is potential for an imminent Labour Government and Mr Corbyn-led premiership.

James Capital says that many in the City fear Mr Corbyn’s “anti-business rhetoric”, which “could hit the economy – and therefore investors’ pockets”.

Below, Kames Capital’s investment team looks at strategies to protect portfolios from any potential downside as election risks grow.

Colin Dryburgh, investment manager in Kames’ Multi-asset team, warns there are threats to both bond and equity investors across UK utilities.

Adrian Hull, head of fixed income at Kames, adds: “Corbyn’s higher tax takes and dilution of share register to give away to employees isn’t the stuff of higher share prices. Corbyn proofing is inextricably tied up with Brexit."

The jury is out on gilts, however, he said.

“While it might be expected that they would see yields climb and prices fall as assets are expropriated by the government via higher spending, Mr Hull says they aren’t a “compelling sell” in a Corbyn-led UK.

“Gilts look cheap against other major European bond markets and despite the Brexit doom and gloom the Bank has not emphatically guided to the next rate move being a cut,” he says.

"Index-linked bonds perform on weaker sterling, and despite Westminster shenanigans the pound has appreciated as Boris’s no deal has been cut away at the knees by Parliament.”

Areas to invest in

While certain equities look off limits, Mr Dryburgh believes other areas could ultimately get an uplift from Mr Corbyn.

“Finding potential investment beneficiaries from a Corbyn government is harder than identifying assets that could suffer, but one area would be construction and civil engineering related investments that would likely benefit from higher levels of public spending,” he said.

“The overall impact on the equity market would at least be partly driven by sterling and that in turn will be driven by the path of Brexit events, as well as who is the UK’s next Prime Minister. A weaker sterling would likely benefit large companies with a high proportion of overseas earnings.”