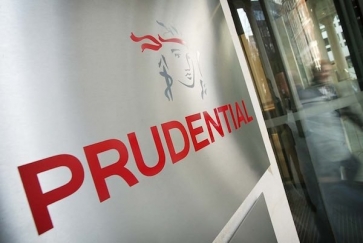 Prudential has so far had to pay out £110m in compensation to more than 17,000 customers because of the failures.

Prudential offered staff large bonuses, spa breaks and holidays to sell annuities to customers, omitting to mention that in some cases that they could get a better deal on the open market.

The FCA added in a statement today: “Prudential failed to ensure that customers were consistently informed that they may get a better deal if they shopped around and failed to take reasonable care to organise and control its affairs in breach of its obligation to ensure fair treatment of customers.

“Prudential also failed to ensure that documentation used by call handlers was appropriate and failed to monitor calls with customers properly.”

Mark Steward, executive director of enforcement and market oversight at the FCA said: “Prudential failed to treat some of its customers, who could have secured a better deal on the open market, fairly.

“These are very serious breaches that caused harm to those customers. Prudential is now rightly focussed on redress and today’s financial penalty reinforces the cardinal obligation of fairness that firms owe to customers.”

As customers approached retirement Prudential wrote to them enclosing information about their retirement options. However, Prudential also communicated with customers by telephone.

The documentation provided to call handlers created a significant risk that call handlers would fail to mention the open market option or make statements during calls which could discourage a customer from shopping around for a better deal. Prudential also failed to monitor these calls adequately.

Prior to 2013, the risks created by a lack of appropriate systems and controls were increased by sales-linked incentives for call handlers and their managers.

Call handlers were incentivised by the possibility of earning an additional 37% on top of their base salary and winning prizes such as spa breaks or weekend holidays.

Prudential voluntarily agreed to conduct a past business review of non-advised annuity sales in order to identify any customers who may be entitled to redress as a result of the firm’s failures.

As of 19 September 2019, Prudential has offered approximately £110m in redress to 17,240 customers (including ongoing annuity uplifts).

Prudential has already contacted the vast majority of potentially affected customers as part of its continuing past business review, said the FCA.

Editor's Note: Story headline amended to round up fine to £23.9m to better reflect the actual figure.

More in this category: « CISI 2019: How to fight back against consolidators New rules on illiquid assets held by funds »
back to top