Register for Financial Planning Today website for FREE to view more stories and get our daily newsletters. Click on 2 stories to see Registration pop up.
Wednesday, 09 October 2019 08:58

DB transfer complaints spike by 44% in a year 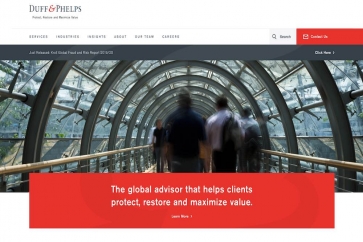 The number of customer complaints made to the Financial Ombudsman Service (FOS) relating to defined benefit transfers rose by 44% in 2018/19.

That is according to data released under a Freedom of Information Act request made by global adviser Duff & Phelps.

FOS received 798 complaints during the 2018/19 financial year and upheld 39% of cases in favour of the customer.

Mark Turner, a managing director in Duff & Phelps' compliance and regulatory consulting practice in London, said: “The number of customers coming forward to raise a complaint with the FOS continues to rise.

“Since the introduction of pension freedoms, some 69% of individuals were advised to transfer out of their DB pension, according to FCA data.

“Through their review work, the FCA is concerned that unsuitable transfer advice has been, and is still being, given.

“The FOI data reveals the FOS is upholding more cases in favour of the customer this year than last, which sends a clear message that the DB transfer market is very much under the eye of the regulator.”

The FCA is responding with plans to ban contingency charging for DB pension transfers in most cases due to the difficulty it sees with managing conflicts of interest this creates for advisers.

“The regulator has also proposed the concept of abridged advice, which aims to extend the availability of advice at a low-cost to customers.

Mr Turner added: “The new measures being consulted on by the FCA will hopefully support the provision of independent, quality advice that consumers need.

“In some cases, a transfer from a DB to DC scheme can be appropriate, but advice must reflect the specific circumstances of each individual.

“There is most certainly an important role for the advisor, and it would be a shame if regulatory changes lead to quality advice becoming harder to get.

“Expect this to remain an area of focus by consumers and regulators alike for some time.”