Register for Financial Planning Today website to get our daily newsletters. Click on 2 stories to see the Registration pop up.
Monday, 14 October 2019 08:53 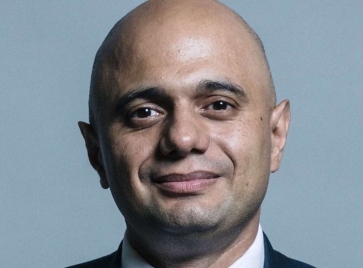 Chancellor Sajid Javid will unveil a Budget on 6 November, a few days after the UK is due to leave the European Union.

The announcement was made this morning just a few hours before the Queen is due to deliver her Queen’s Speech to Parliament later this morning.

Mr Javid has called the Budget the “first Budget after leaving the EU.”

If the UK does leave the EU on 31 October, as Prime Minister Boris Johnson hopes, the Chancellor’s Budget could come just before a widely expected general election or possible second referendum. Depending on the timing of the election the Budget may not happen. If there is an election the Chancellor may instead make an economic statement, experts believe.

If the Chancellor does deliver a Budget he is expected to outline plans to invest more in the UK and leave behind austerity measures.

Mr Javid said: “This will be the first Budget after leaving the EU. I will be setting out our plan to shape the economy for the future and triggering the start of our infrastructure revolution.

“This is the right and responsible thing to do – we must get on with governing.”

He added: “The Government is committed to securing a deal and leaving on 31 October. In the event of no deal, the Government would act quickly to outline our approach and take early action to support the economy, businesses and households. This would be followed by a Budget in the weeks thereafter.”

The Queen’s Speech today is expected to see up to 22 bills unveiled. It’s not yet known for certain whether any would affect financial services although a Pensions Bill is possible. Check back with Financial Planning Today and our newsletters for coverage.