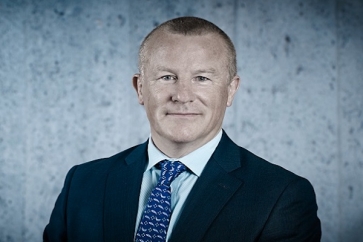 Neil Woodford has hit out at Link Fund Solutions after the administrator decided to pull the plug on his £3.5m Equity Income Fund.

In a letter to investors LFS said their cash will be returned to them “at the earliest opportunity”.

But LFS could not say how much of their original investment would be saved.

The fund will begin winding up on 17 January, after giving investors three months’ notice as required.

Mr Woodford ceased to be the investment manager of the fund with immediate effect.

Reacting to the decision, Mr Woodford said: “This was Link’s decision and one I cannot accept, nor believe is in the long-term interests of LF Woodford Equity Income fund investors.”

Experts reacted with shock as the debacle draws to a close.

Adrian Lowcock, head of personal investing at Willis Owen, said: “Although there were rumours this is truly shocking news.

“We have seen the complete demise of the most famous fund manager the UK has seen for years.

“Investors knew the scenario was bad but the indication from Woodford thus far had been that the fund would reopen.

“This collapse is on a par with the implosion of New Star at the height of the financial crisis, and it will shake the funds industry to its core.

“Woodford will be removed as fund manager and the holdings in the fund will be sold.

“This means investors may have to wait until next year to firstly find out the value of their investment and then to get their money back.

“Sadly many people will be looking at significant losses.”

Ryan Hughes, head of active portfolios at investment platform AJ Bell, said: “Today’s announcement at least confirms the end to a sorry saga but this will be of cold comfort for investors locked in the fund.

“For the Woodford debacle to have any positive outcome it must now serve as a catalyst for the FCA to speed up its review of illiquid assets held in UCITs funds.

“Woodford has not managed to move out of his unlisted assets and into more liquid listed equities quickly enough to re-open the fund in December, meaning Link has determined it’s in the best interests of investors for the fund to close entirely.

“Woodford’s name is also being wiped off the fund, as the assets will be handed to BlackRock and Park Hill to sell off, meaning Neil Woodford will no longer be the fund manager – instead it will be re-named the ‘LF Equity Income Fund’.”

He added: “Link has waived its fee on the fund from the June suspension and investors won’t be charged direct fees while the fund is being wound up.

“However, investors will still be incurring high costs for the winding up of the fund, particularly selling off the illiquid assets.

“These costs will be taken out any proceeds from the sale, so will eat into the money investors get back.

“The fund will begin to wind up in January next year, and investors will get their first return of cash then, when the more liquid assets have been sold.

“But it will be a while before investors get back all the money due to them.

“The liquidity assessment carried out by the fund and divulged to the FCA in April this year showed that a third of the fund was in assets that would take six months to a year, or more, to liquidate.

“The portfolio has shifted a bit since then, but it unlikely to be a quick process.”

Mr Hughes said the decision put a question mark over the future of other funds.

He said: “While no mention is made of Woodford’s other funds, it now seems highly unlikely that he will remain in place as manager of the Patient Capital investment trust, with the board already looking at potential replacements.

“Woodford Income Focus has now fallen below £300m, having returned a loss of 20% over the past year.”