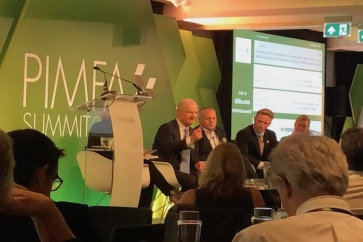 Delegates at the PIMFA Summit in London this morning heard how pensions auto-enrolment could be used as a framework for future savings.

The claim was made my former Government Minister Lord David Willetts, who hailed the scheme.

Speaking at a panel discussion called ‘Wealth: A Future Focus’, Lord Willetts decried the fact that there was a concentration of wealth in the hands of baby boomers and a slowdown of inter-generational wealth transfer.

But he hailed auto-enrolment as a successful method of boosting future wealth.

He said: “One of the successes over the last few years has been auto-enrolment in pensions.

"This framework that has rolled out successfully, I think you’ll find in the next 10 to 15 years we will find political parties looking at this framework saying ‘how can we use this?’ ‘Can we make it more flexible?’ ‘Can we put savings into it?’”

In a wide-ranging discussion, other speakers on the panel addressed issues like gender or sexuality bias in financial services and broader engagement with pensions and other investments.

Fellow panellist Holly Mackay, founder and CEO of Boring Money, said more could be done to engage pension savers and give them control over their investments.

She said: “Many people see pensions as an amorphous blob, but they react better when they see all the brands that a fund is in. They engage with it.”

She said when savers saw the firms their funds were invested in more clearly, they were more actively engaged and wanted to select out firms to which they might have ethical objections.

More in this category: « PIMFA 2019: Annual Summit opens in London State Pension set to rise by inflation-busting 4% in April »
back to top