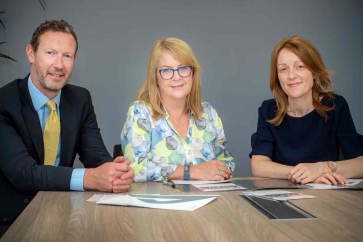 North West independent financial adviser Acumen Financial Partnership has boosted its management team with the addition of a Chartered Financial Planner as the expanding firm’s funds break through the £250m level for the first time.

Celia Evans has been at the Burscough, West Lancs, firm since 2007 and achieved chartered status earlier this year.

She will add compliance to her existing areas of responsibility at the firm which now employs 17 staff.

Just under a year ago Acumen expanded north with the takeover of Wyre Investment and Financial Management in Pilling.

Jon Landy, director, at Acumen said: “As the business moves forward into its next phase of growth, Celia’s expert advice as part of the management team will be key.

Formed in 2006, Acumen has a team of 17 staff, including eight qualified financial advisers.

More in this category: « FCA wants better disclosure on climate change issues Boosst: ‘How we fought back against clone scammers’ »
back to top