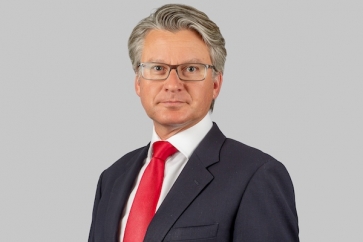 The CISI has appointed Niall Husbands MCSI as president of its Jersey committee.

Mr Husbands takes over from Ed Loader of Integritas Wealth who held the position for the previous two years.

He is a director at Ogier Global and was described as “an internationally experienced wealth management practitioner”.

Mr Husbands has worked with families, corporates and funds to help develop and implement effective governance and asset monitoring processes, often being appointed to Family Committees or Boards on an ongoing basis.

Prior to joining Ogier Global, he was head of private wealth, treasury and investment and board director at one of Jersey's largest fiduciary services providers, having returned to the island with his family in 2012 after serving as an international manager with HSBC in France as head of wealth, Europe and in the United Arab Emirates as head of wealth management, MENA.

He has been a member of the CISI for 26 years, holding the full diploma (including Private Client Investment Advice and Management), an associate of the Chartered Institute of Bankers and is fluent in French and Spanish.

Commenting on his appointment, he said: “I'm delighted to take over the Presidency from Ed and looking forward to working with my fellow committee members to promote the work and values of the Institute, with a particular focus on the next generation of wealth management professionals in Jersey and on Jersey's role as an International Financial Centre.”

Jim Winter, CISI head of UK Business, said: “It’s a real pleasure to welcome Niall as Jersey CISI branch president and we look forward to working closely with him to help support the growth of the branch membership and shape a dynamic CPD calendar.

“My thanks also to Ed Loader for his two years of leadership.”