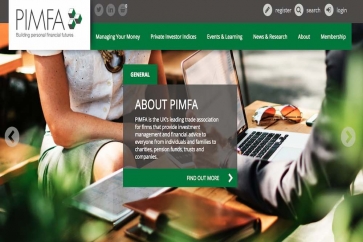 Trade association PIMFA, which represents 1,000 investment managers and financial advisers, has called on the FCA to “raise the bar” instead of banning contingent charging.

The organisation highlighted that the proposal would “represent a significant intervention in the financial advice market, and as a result would expect the evidential bar to be set significantly higher”, in order to justify the change.

PIMFA says its opposition to a ban was “ultimately rooted in that contingent charging may be a symptom to the provision of poor advice, however it is not the underlying cause”, as set out in a recent FCA policy statement and in a consultation document, stating it is “difficult to prove a clear link between contingent charging and unsuitable advice”.

Simon Harrington, senior policy adviser at PIMFA, said, “It is unclear to us that the ban on contingent charging, will ultimately lead to an improvement of the quality of advice offered.

“If an adviser is assisting on a transfer in pursuit of payment, they are either not concerned by the regulatory constraints which are there to guide them or confident enough that the constraints will not be applied to them.

“Given the evidence presented by the regulator, it remains unclear whether or not a ban is being pursued because the regulator is confident it will work or because they hope that it might.”

In its response to the FCA, PIMFA suggested that the DB transfer market would benefit from “targeted and more rigorous supervision” of the sector.

PIMFA said: “Without effective regulation and targeted supervision of firms in this area, many of the issues which are prevalent in this market will continue to be addressed after the fact.

“Implicit in the argument that poor transfer outcomes are a result of poor advice has to be a recognition that this has been allowed to be perpetuated by a lack of regulatory oversight.”

The trade association says financial advice plays “a valuable role in supporting people as they transition from accumulation into decumulation”, a reliance on the advisory profession that requires the consumer to “invest their trust in them”.

Unfortunately, according to PIMFA, a “small proportion of advisers have abused this trust”.

The primary cause of poor pension transfer advice is that bad advisers continue to be allowed to give bad advice, not how they charge for it.

This is particularly the case for implementation fees, PIMFA believes.

Mr Harrington added: “Removing implementation fees will ultimately make the cost of advice more expensive for a number of savers.

“It is at odds with any pronouncements the FCA have made about a desire to close the advice gap and will ensure that pension transfer advice is solely the preserve of the wealthy.

“Banning implementation fees for the vast majority of clients will push the cost of pension transfer advice well beyond that.”