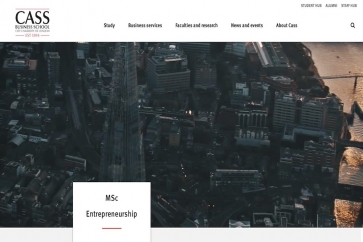 Researchers from Cass Business School and the University of Bristol have discovered that women are more risk averse than men when it comes to financial risk taking.

The report ‘Quantifying Loss Aversion: Evidence from a UK Population Survey’ identified key characteristics about individuals that it says explained their attitude to risk and loss.

Researchers say the findings “have important implications for both financial advisers and their clients, in particular, men and women who are considering how to invest for the future according to their age group”.

An online survey was conducted by YouGov with 4,000 respondents.

Participants were randomly selected to be broadly representative of UK residents over 18 years of age in terms of key characteristics, such as gender, age class, marital status, class, education, personality types, financial understanding and income.

The main findings were:

• In line with existing research, women tend to be more risk averse than men.

• Those without children are more risk and loss averse than people with children.

• People in poor health appear to have lower loss aversion than people in good health.

• Risk attitudes can be affected by an individual’s emotional state, with tense individuals having high risk aversion, although people in a neutral state are more loss averse than tense or relaxed individuals.

• Risk and loss aversion are lower the greater is an individual’s level of financial understanding.

• Loss aversion is lowest in Wales, Scotland and London and highest in the East Midlands.

• Liberal Democrat voters are the most risk and loss averse, while Scottish National and Plaid Cymru Party members the least. Labour and Conservative voters are somewhere in the middle.

Professor David Blake, report co-author and director of the Pensions Institute at Cass, said the findings have important implications for both financial advisers and their clients and by including questions about these characteristics in a client fact find, financial advisers might be able to get a better fix on the true risk and loss attitudes of their clients.

“Advisers can also use the fact find to design nudges to improve their clients’ welfare by moving them away from poor investment decisions that reflect their behavioural biases,” he said.

“For example, women, because they are more risk-averse than men, would be more comfortable with lower-risk investments.

“Over a long investment horizon, such as that involved in building up a pension pot, this behaviour has been described as ‘reckless conservatism’ – women with the same salary history as men would, on average, have lower pensions as a result.

“To avoid this, ways may need to be found of nudging women away from their comfort zone.

“One common way to do this is to have a gender-neutral default investment fund that involves a more aggressive investment strategy at young ages than women would normally choose. The same strategy would apply to young people who are also extremely risk averse.

“On the other hand, men’s investment overconfidence can lead to ‘reckless adventurism’.

“This is not necessarily desirable at older ages close to retirement, since there is less time to recover from a severe fall in stock markets.

“To avoid this, ways need to be found of guiding men away from this type of behaviour.

“Again, one way to do this is to design a gender-neutral default investment fund to involve a less aggressive investment strategy at older ages than men may otherwise choose.

“There are also clear benefits from improved financial understanding.

“Risk and relative loss aversion are lower as is the willingness to take risks when facing losses the greater is an individual’s level of financial understanding.”

David Gibb, Financial Planner at Quilter, said: “Appetite to risk is one of the main ingredients to the investment element of a financial plan.

“Recent research from Cass Business School and University of Bristol confirm some trends that had previously been reported, such as women are less risk averse than men.

“However, some of the findings, such as young people being more risk averse seems to run counter to the criticism that young people are flippant with their money.

“Risk is obviously a tricky thing to stomach.

“When markets start to drop and you see the value of your hard earned cash plummet the knee jerk reaction is to pull out right away.

“However, risk is also powerful and it’s important, particularly at a younger age, to take on a certain amount of risk so that you can boost your longer term returns.”