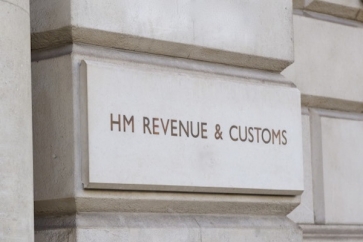 New figures published today by HMRC show that a total of £30bn has been withdrawn ‘flexibly’ from pensions, taking advantage of the new ‘pension freedoms’ introduced in 2015.

The statistics show 327,000 people withdrew £2.4bn in flexible payments from their pensions in the third quarter of the year.

But the average amount taken out each quarter per person has fallen again and now stands at £7,250.

Royal London’s director of policy Steve Webb says the quarterly figures show that people “are phasing their withdrawals to minimise the amount of tax they have to pay”.

Withdrawals peak after the start of the new tax year as individuals ‘smooth’ their withdrawals to avoid paying unnecessary tax by taking their money out in a larger lump in a single tax year, says Mr Webb.

He added: “Pension freedoms have been hugely popular and allow hundreds of thousands of people every quarter to draw on their pension savings in a flexible way.

“There is also evidence that people are being savvy about the timing of their withdrawals, spreading them over more than one tax year to reduce their overall tax bill.

“But it remains the case that we need to increase the proportion of people who take financial advice or guidance before making decisions about how much of their pension to withdraw”.

Andrew Tully, technical director at Canada Life, said: “People continue to be attracted to stripping cash out of their pensions.

“This is often before planned retirement ages, and will inevitably in many instances be triggering large tax bills.

“On the one hand it shows the pension freedoms are working, but it also shows an emerging picture of large amounts leaving the pension system potentially leaving very little for people to live on by way of a regular income.

“People are not sticking to the rules as there are no rules.

“Stripping cash from a pension can trigger unintended consequences including limiting the amount you can subsequently save into a pension.

“This can be very restrictive for those people who have plans to continue working and they and their employer continue to pay in.

“Our research suggests only a third of people seek financial advice before accessing their pension, so many will be blissfully unaware of the pitfalls or indeed the amount of tax likely to be paid.

“Without the right financial advice, most people will not strike the right balance and achieve the best outcome in retirement.”